Cut The Rope: Experiments For Android Now Available For Download

Cut The Rope: Experiments is now swinging its way onto an Android device near you. Available via Google’s own Google Play app store after a 24 hour period of exclusivity on Amazon’s own app store, the game will set players back less than one dollar.

If Angry Birds was the original huge mobile gaming phenomenon, then Cut The Ropes is quite possible its biggest competition to date. Selling huge numbers, originally on the iOS platform of iPad, iPhone and iPod touch, Cut The Rope spawned a sequel which did just as well. Cut The Rope: Experiments sold equally well, and left Android users looking on with despair.

That all (kind of) changed yesterday when Cut The Rope: Experiments was made available on Android via Amazon’s own app store, cunningly names the App Store. Thankfully the book seller only got the game exclusively for 24 hours, and now the popular ZeptoLab effort has managed to squirm its way onto Google’s own app store, Google Play. 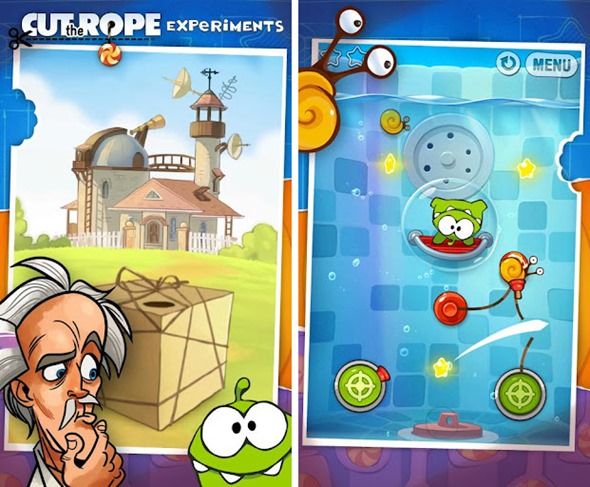 The puzzle game, $0.99 and worth every penny, sees gamers attempt to get candy to a loveable creature going by the name of Om Nom. Transporting said candy to Om Nom’s waiting mouth involves cutting ropes – see what they did there? – with cunning precision and timing. It might seem fairly easy, and the early levels are, but things soon before a little more testing and that is when the magic happens.

The follow-up to the award-winning mobile game Cut the Rope has arrived for Android! ZeptoLab’s Cut the Rope: Experiments features the familiar and loveable little monster Om Nom who is discovered by a mad (but not bad) scientist determined to study his candy-loving behavior through a series of experiments.

The new game features 125 new experiments, with more in the works and 5 level packs to play through. New characters and a storyline await gamers too, adding to the already fun original game’s experience. 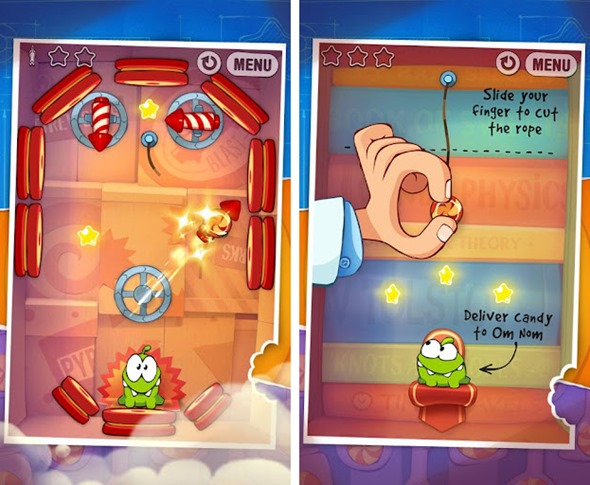 Cut The Rope: Experiments is available to download via the Google Play store right now, and will work on any Android device that has been upgraded to Android 1.6 or beyond. That should be the vast majority of devices by now. Fragmentation be damned!