LogMeIn is a remote desktop app of high critical acclaim, and is often regarded as the best RD apps available for mobile devices. While the service costs $39.99 per year, its reliability and features have seen it garner a sizable user base, and off the back of its success, creator LogMeIn Inc. has launched a brand new cloud-based storage service aimed at both iOS and Android users.

Cubby allows users to access their stored docs, images, and videos quickly and easily from their mobile devices. It’s basically a clone of the likes of iCloud and Dropbox, and while it could be seen as out of its depth against a couple of fairly mighty services (among others, of course), LogMeIn has built up a fairly decent reputation in cloud-based computing, so will likely relish the opportunity to flex its muscles in the same market as the big-guns.

A play on the small cupboard space used to store usually unspecified content, Cubby’s supplementary desktop app is also required in order to save chosen files to a cloud-based “cubby”. Said files can then be accessed by numerous devices, while the share and sync facilities make it easy for project collaborators to read files (but not edit).

Since it’s still in beta, the pricing structure doesn’t yet appear to have been worked out by the creators of the app. Nevertheless, much like similar services, users can expect at least 5GB of free space before any costs are incurred. 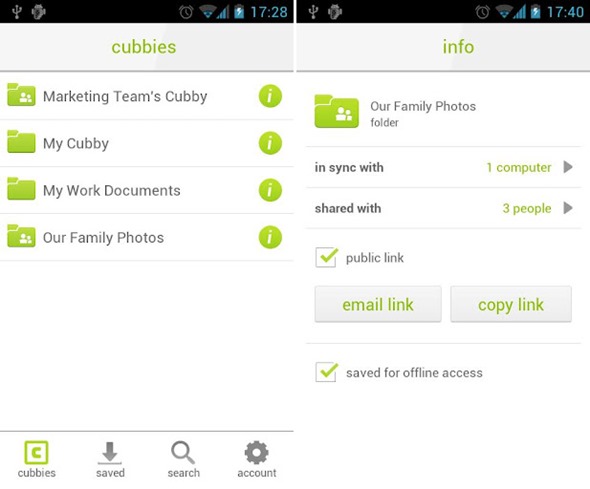 Cubby is compatible with any device running iOS 5.0 or later, or for Android, 2.1 and up. Please note that while both apps are free, they are still in invite-only beta. To sign up for an invitation, simply head over to cubby.com and sign up with your e-mail address. 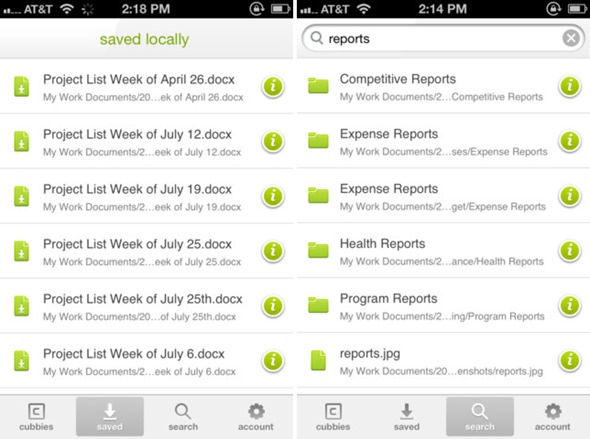 There’s currently a cap on the number of people who can gain access, so, as per an automated e-mail sent to those seeking an invite, you’ll be notified “when it’s your turn.” 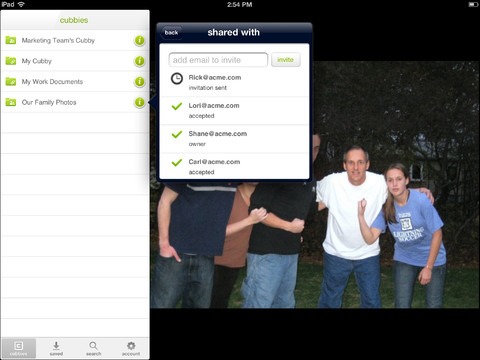 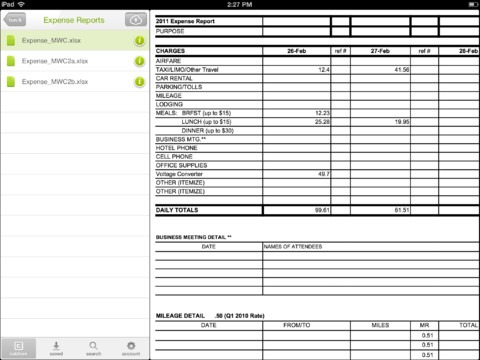 It’s good to see – despite many cloud-based services doing the rounds – that companies can still see a market in bringing forth competition.