Pretty much ever since we have been able to play games on a screen, racing games have been the choice of many casual and hardcore players alike. For lovers of mobile racing games, CSR Racing is a new title that was just released for Android after seeing big success on iOS; and best of all, it is available free of charge.

CSR Racing features quite a realistic gameplay, yet not as realistic as other similar titles such as Real Racing 3. Unlike its hardcore counterparts dedicated at avid gamers, CSR Racing’s gameplay is quite “smooth” and enjoyable, leaving out excessive steering, getting past obstacles or overtaking other players (in this case, all imaginary players since multiplayer features are missing from this release). Of course, power-ups can be collected along the way, which will speed up the gameplay. The lack of granularity will certainly frustrate some power players who are looking for a greater challenge, yet many casual gamers will definitely feel dragged straight into the intuitive and effortless gameplay, which, we admit, is quite addictive.

As you can see from the screenshots, the graphics are quite stunning. According to the title’s developers, these beat many titles on 1080p consoles. 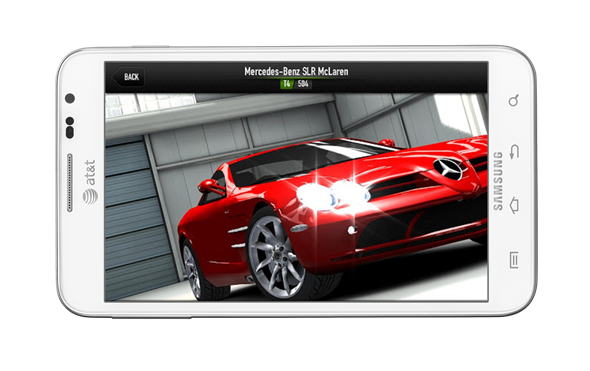 While the title itself is free, CSR’s developers could not resist the temptation to offer “extras” available as optional purchases from within the game: these extras include car upgrades, custom license plates, custom coating and other interesting bells and whistles. While completely optional, these add-ons make the game experience a lot more enjoyable and, its developers hope, will help raise money for the development of future version of the title. There are quite a few optional add-ons already, and no doubt more will be made available over the next several weeks and months. 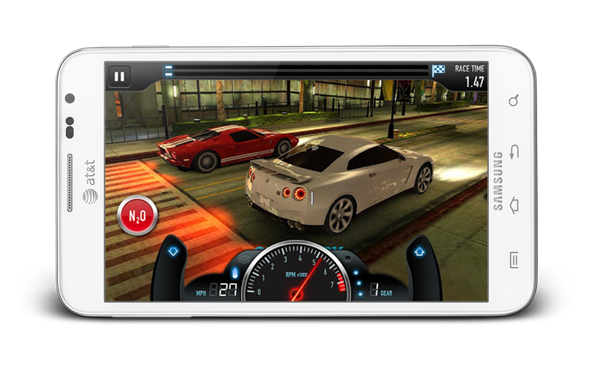 If you are looking for a relaxed racing game that will not be too hard to play, yet incredibly addictive, CSR Racing is definitely worth a good look. With stunning graphics, customizable vehicles and great performance, this new free game should definitely be on your apps tray. 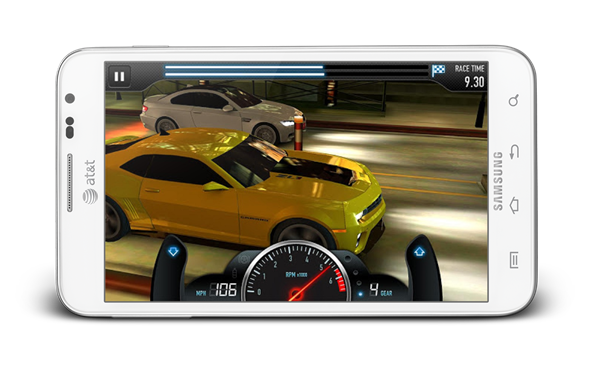 Before we wrap up and you hit the download button below, do you think the Android version of the game is better than its iOS counterpart?

(Source: CSR Racing for Android on the Play Store)