Apple’s “most personal product yet,” the Apple Watch, may have only been publicly available for just shy of two weeks, but it has already been named the top rated smartwatch available on the market by one highly-rated, non-profit consumer organization.

After the initial launch of the Apple Watch, Consumer Reports published an initial preview of the product after putting it through an extremely thorough scratch test. Now, after spending a little more time with the product, and after comparing it to the competition in a number of in-depth tests, the independent consumer group has named Apple’s timepiece as the top rated smartwatch available at the moment. 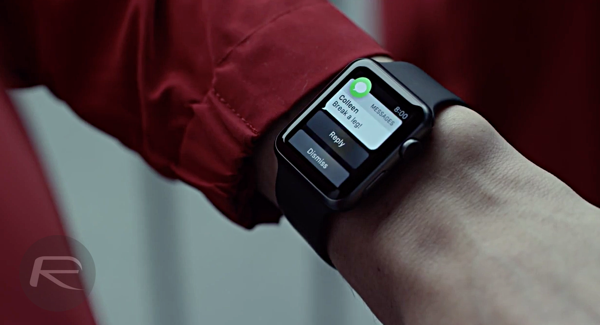 Considering the smartwatch market is a relatively new segment of the consumer technology arena it’s quite staggering how many watches are actually available that fall into this “intelligent” category. Consumer Reports, best known for offering entirely independent and unbiased reviews of popular products, has compared the Apple Watch against the Asus Zen, Martian Notifier, LG G Watch R, Motorola Moto 360, the Pebble Steel, Samsung’s Gear S and Sony’s Smartwatch 3 to find out which product performs at the highest level when scrutinized and put through a series of unique tests.

As the accompanying video shows, tests carried out included an ease of use test, a step test, a test to find out how easy it is to pair the device with a smartphone, a test of water resistance, as well as testing how well the advertised heart rate sensors actually function on the watches. Of course, in the real-world there are a number of other factors that actually matter to consumers, but in a test environment this pretty much covers most bases.

Tim Cook’s team of designers and engineers will be pleased to know that the Apple Watch in stainless steel came out on top as the best rated smartwatch, with Sony’s Smartwatch 3 being named the worst available after failing the water resistance test.

The product itself may have only been out for a number of weeks, meaning that the competition hasn’t yet had time to react to what the Apple Watch actually offers, but it seems like yet another example of Apple analyzing the market to allow competitors to play their hands before releasing something of genuine quality that blows the competition away. While others rushed to release a watch to try and be the first to swallow up the market, Apple’s tactics of waiting and producing something exceptional seems to have paid off.