The OnePlus One is causing something of a stir amongst smartphone aficionados right now. More than just the fact that everyone loves and underdog, the OnePlus One device is genuinely starting to look like it could truly be a the smartphone that the enthusiast market has been looking for. Packing plenty of raw power and a build of CyanogenMod that is more stock Android than not, the One is being inevitably compared with Google’s own Nexus 5. Throw in the fact that the OnePlus One costs peanuts as far as high-end smartphones are concerned, and things start to get interesting to say the least.

The folks over at Geek seem to agree, because as well as writing up their initial impressions of the One that they’ve been lucky enough to get their hands on, they’ve also put together some handy videos that showcase, amongst other things, just how quickly the One can both power up and shut down when compared to that aforementioned Nexus 5. 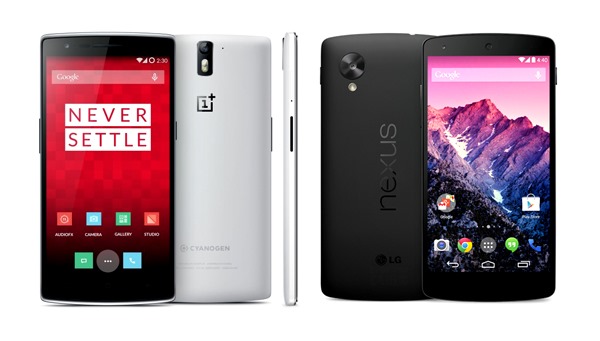 There really isn’t that much to explain here, especially once you’ve watched the two-minute video yourself. The tl;dr version is simple though: the OnePlus one can power up, shut down and then power up again in the time that it takes the Nexus 5 to turn on just once. Now it’s clear that the OnePlus offering isn’t actually turning all the way off, presumably using some sort of hibernation rather than old fashioned powering down, but the end result is still the same for them an on the street. That being said, telling the build of CyanogenMod 11S to do a reboot gives a better idea of how long it takes for a proper startup and shutdown of the device, with things starting to look a little more on a par with the Nexus 5 as well as other Android phones on sale these days.

Geek’s videos also dive into some of the other OnePlus One features, as well as running through the user interface for things like navigation. The videos are worth watching, especially if the OnePlus One may be your next phone. From what we’ve seen, you could certainly do a lot worse, that’s for sure.

What do you think? Do you think the OnePlus One can give the Nexus 5 a run for its money?