The iOS vs. Android battle is one of the most fiercely debated within the tech industry, and although most people tend to lean towards one or the other, both have their own strengths and unique quirks.

One of the great things about using an Android is the ability to add home screen replacements, otherwise referred to as custom launchers. In this category, iOS is a little one-dimensional, but on Google’s mobile OS, things can get very interesting, and there are many, many fantastic custom launchers out to offer a vastly improved mobile experience.

We’ve covered many home screen replacements here at Redmond Pie, and while admittedly, not all of them were world-beaters, some of them have been rather remarkable, such as GO Launcher – widely considered to be among the very best in Android custom launchers.

The most recent addition to our growing catalog of Droid home screens arrives in the form of Claystone Launcher, and although it doesn’t quite compete with the likes of GO in terms of raw features, it has enough about it to render it noteworthy.

It’s vastly different from any launcher we’ve ever seen, and although simplicity is a feature we’re always on the lookout for, there’s a little learning curve involved when getting to grips with Claystone. Of course, we’ve become mainly accustomed to apps boasting simplicity and minimalism, and if you’re not down for putting in a little time in familiarizing yourself with an app, then you should probably overlook this one. However, as with most things in life, you get out what you put in, and if you have the patience to become properly acquainted with this, at times, somewhat confusing launcher, I think you’ll eventually grow to love it. 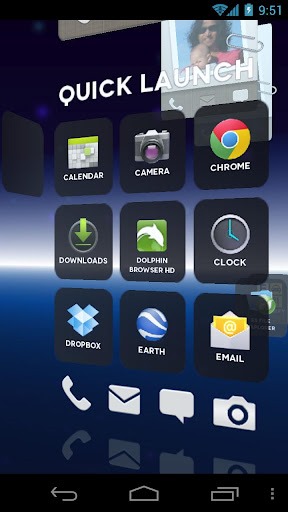 It’s based on a tiled interface, but unlike the beautiful tiles of Windows Phone, they work in a three-dimensional manner. Still, they do look nice, operate smoothly, and on each panel, content that are grouped and organized into neat little stacks. Tapping an icon within each stack brings the 3D mode into play, offering an overview of each open panel from which you can easily flit through everything from images and videos, to news feeds, and even various Amazon content. 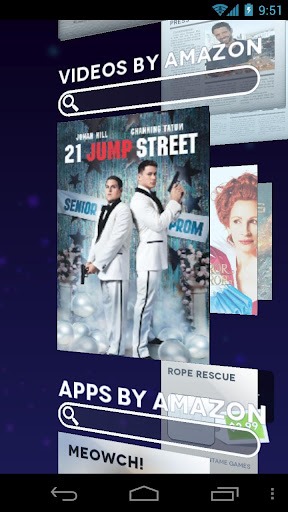 The devs have spent a great deal of updating and improving Claystone, and now, it offers strong cloud integration, and everything you purchase digitally from Amazon is automatically backed-up in the cloud.

Unlike others, it works alongside your current launcher rather than replacing it, so even if you think you’ve got your setup well and truly organized, you should definitely give Claystone a whirl.