Concept videos are a dime a dozen at the best of times, but when everyone knows that a new iPhone is just a few short months away, things tend to heat up. Everyone with a passing interest in design and Apple seems to want to throw together a concept video or produce some renders that show what the next handset may or may not look like. We see them, and we move on.

Then, every once in a while and almost without warning, one crops up that’s actually pretty good. We’ve been known to wish that Apple would make some of the designs on display, but alas, it’s not happened yet. The latest to pop up on our radar sits in the same category, but we know full well it’s not going to happen. It just isn’t.

The reason for that is simple. Whereas some concepts could conceivably turn into real products sooner rather than later, some are pie in the sky designs that just won’t work. This concept sits very much towards the pie in the sky end of the scale, but we love it so much we’re going to tell you about it anyway. 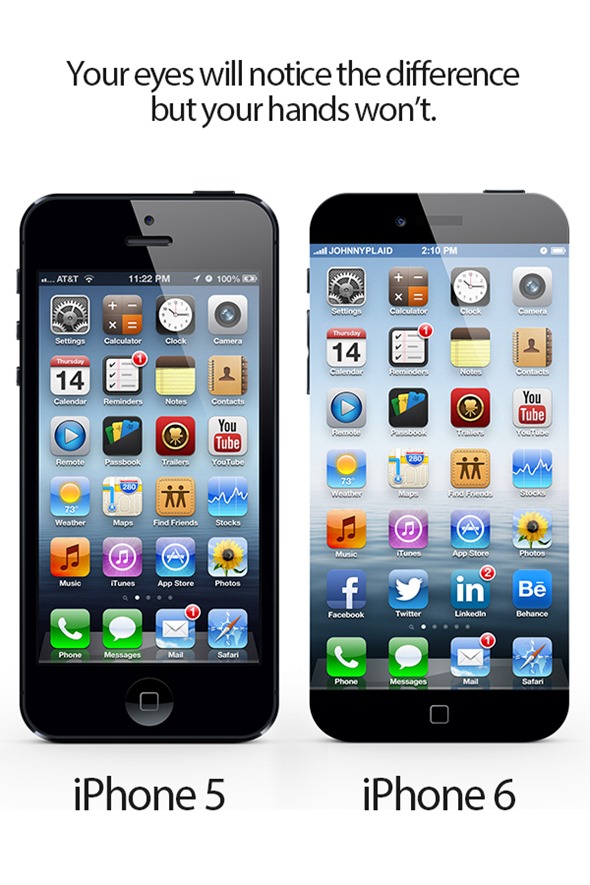 The first thing you’ll notice is the true, edge-to-edge display. 4.5-inches of Retina display, actually. It’s got a huge resolution of 754×1296 and packs a DPI of 333. Starting to see why it’s probably not going to happen any time soon? 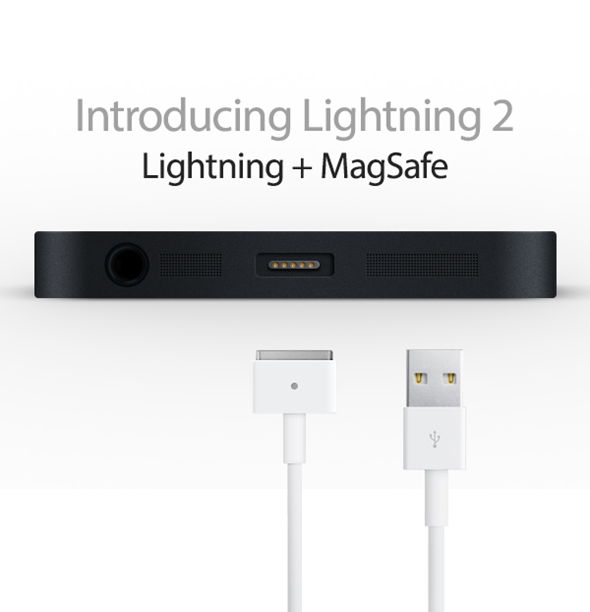 If not, then how about the dual (count ’em) A7 quad core chips. Not one super fact, quadruple cored monster, but two. Making sense now, isn’t it?

How about the touch-enabled areas beside the Home button that allow the skipping of tracks, or changing of tabs in Safari? 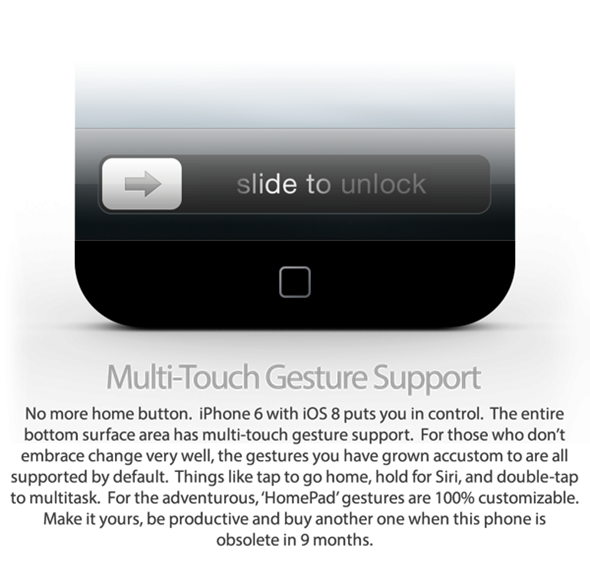 It all sounds awesome, and the video does a great job of selling it – but it’s still not going to happen. But that’s not all. How about an iPhone mini? Yep, there’s catered for in this concept, too. Think iPhone 4S size, but with a larger screen. That’s definitely not going to happen! 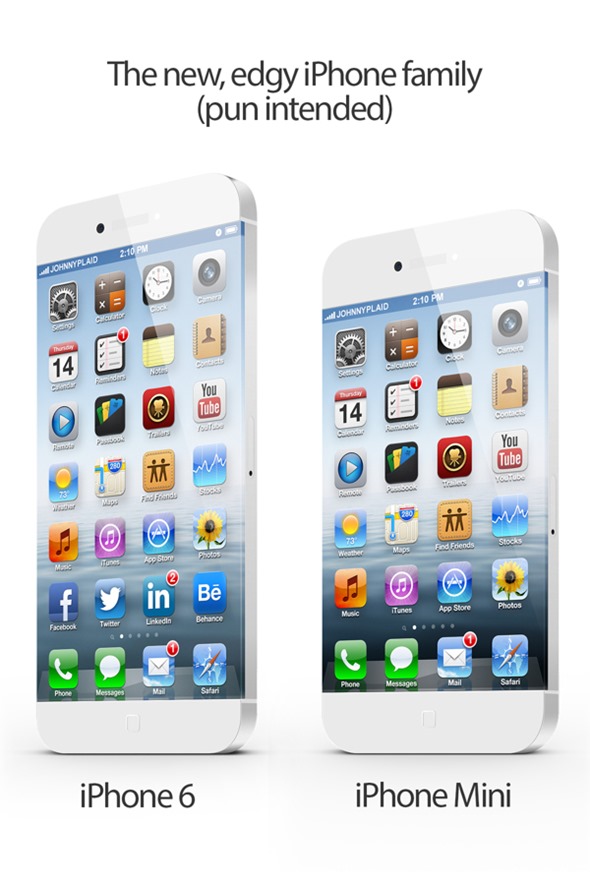 Whether it’s likely to come to fruition or not, this is one of our favorite concepts of this generation, and we’re sure you’ll agree. Let’s just hope that what Apple gives us comes close to it, at least!