The majority of the planet may still be trying to get to grips to 4G, and plenty of areas in technologically developed countries still don’t have even 3G, but that hasn’t stopped various carriers and smartphone manufacturers from working on coming up with the fifth generation of mobile data, or 5G.

With mobile data becoming more and more integral to the way we consume information as well as being the cornerstone of many a business, the scramble for ever increasing mobile data speeds has seen development of 5G begin even while 4G is still a pipe dream for many. Samsung is one company poking its nose into the future with 5G, and it has today announced that it has successfully run tests that have achieved a whopping 1Gbps download speed, with more potentially to come. 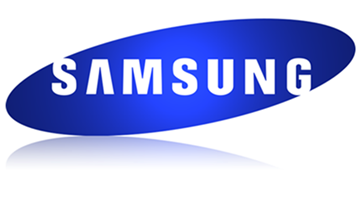 The test, using the 28 GHz waveband and 64 different antenna elements, took place at a time that Samsung is claiming that the technology could theoretically achieve tens of gigabits per second, but we’ll settle for just the one right now!

To put that 1Gbps speed into context, the theoretical maximum we should expect from the currently rolling out 4G technology is around 75Mbps, and that’s generally considered to be pretty speedy! Samsung may not expect to get its G technology into the hands of customers until around the 2020 time frame, but we’re just happy to know it’s being worked on. The European Commission’s aim to have 5G ready around the same time fits in nicely, too.

Samsung isn’t the only one currently testing 5G data, with NTT DoCoMo announcing a few months ago that it too had performed successful tests of its own fifth generation technology. It claimed to have achieved 10Gbps using a car full of antennas utilizing the 400MHz spectrum. That’s two big players duking it out in the speed stakes, we wonder who’ll be next. Probably not T-Mobile or Sprint!

We’re still waiting for 4G to become prevalent across the globe, so we won’t count our chickens just yet. Still, any progress is good progress, so we’ll take what we can get. Just don’t expect the next iPhone or Galaxy S to have a 5G badge on it any time soon!