Android on tablets is something of a mixed bag. Effectively taking the smartphone incarnation of Android and turning into a larger version, Google added a few visual niceties that some would argue still don’t quite take advantage of the extra screen space afforded by something like a tablet.

Adding app launchers and widgets to the home screen may improve things slightly, but what some people are calling for is a complete overhaul of the tablet home screen that is offered by Google’s Android. If Google is not going to give it to them, who is?

A new Kickstarter project may just have the answer. 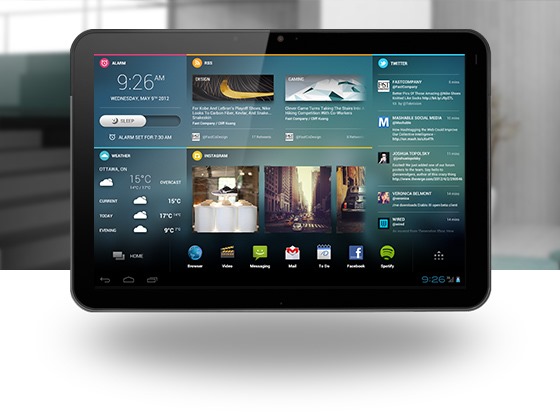 Chameleon is currently in the process of being funded via Kickstarter, with $50,00 being the target required in order to really get the project off the ground. We suspect that won’t be too much of an issue, and with 26 days to go the project is currently sat at almost $20,000.

Chameleon is what some would call a desktop replacement for Android. What it really does is to offer a great way of getting all the information you need, right at your fingertips. Multiple widget-like applications can be used, and all your normal Android apps are still there, too.

There are some advanced features that really make Chameleon stand out, too. For example, Chameleon can use your GPS location or Wi-Fi network to alter what is displayed on-screen. Want business data to be shown when at work? Not a problem. Prefer Netflix and your personal Gmail to appear when at home? That’s fine, too. 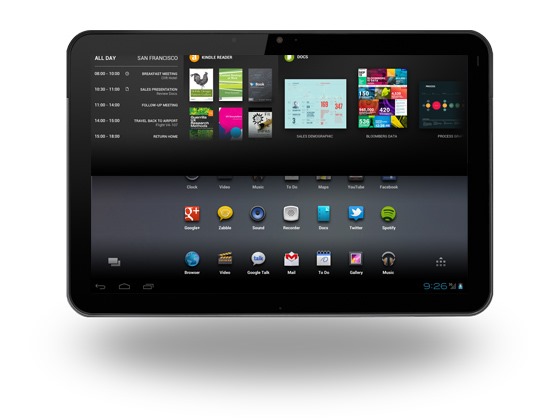 Chameleon itself will be made available via Google Play once it is complete, assuming the Kickstarter funding is a  success, with those who back the project getting early access to the app. That can be achieved by making a $5 pledge via Kickstarter, with backing options going all the way up to $5,000 for those that really want to help out. Unsurprisingly, nobody has pledged such a huge amount just yet!

The best way to understand what Chameleon has to offer is to watch the promotional video that has been made, as words just don’t seem able to do it justice. If you own a Google Android tablet, then Chameleon really is something worth keeping an eye on.