Specific feature sets of announced smartphones will always be extremely polarizing and appeal to one user while managing to entirely bore another. What we all care about is price. How much cash we will have to part with to have that device in our lives. Apple has done a pretty great job of keeping the cost of the new iPhones down, but if that isn’t enough for some, then Walmart will be offering a discount on the devices when they eventually go public.

Before we all get excited about the opportunity to pick up one of Apple’s new shiny and powerful smartphones for next to nothing, it is worth noting that the offered discount won’t be earth shattering. Still, any discount is money in the consumer’s pocket, which is never a bad thing. As part of the deal to entice customers in, Walmart will be offering the entry level iPhone 5c (16GB) for $79 with a two year minimum term contract instead of Apple’s advertised $99 price. 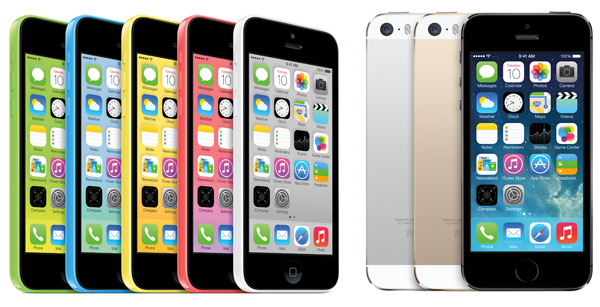 Not wanting to discriminate against those who will be opting for the more powerful iPhone 5s, the company will be selling the device for $189 instead of $199. The quoted figure once again apply to the entry level 16GB iPhone 5s in either Silver, Gold or Space Grey. It isn’t unusual for companies like Walmart and Best Buy to offer discounted deals like these on Apple hardware, but it does seem rather peculiar that they are keen to apply the money saving tactics in time for the initial launch when demand is at its highest.

If the iPhone 5c is your device of choice then Walmart will be offering the discount on pre-orders of the device starting this Friday. Those opting for the 64-bit, A7 powered iPhone 5s will need to exercise a tad more patience and get to a Walmart store this week’s Friday, as Apple is not offering pre-orders for that model. In addition to the small discounts, Walmart is also offering a smartphone trade-in program that will kick off on September 21st. Until we hear otherwise, then we will assume that the two offer schemes go hand-in-hand, offering further discounts to the consumer.