With the App Store numbers fast approaching the million mark and 64GB of storage available across the board, it’s pretty easy to accumulate page upon page of SpringBoard icons as we continually binge on the many great titles available.

Any user with a little nous will have already found a way of quickly accessing those frequently-used apps and games for quick access. Some make a folder on the first page, whilst one of the more common techniques employed involves using the multitasking bar as a way to swiftly slide to those icons most treasured.

Bearing this in mind, dev Akhil Tolani has developed a new jailbreak tweak for iOS which adds a new pane above the multitasking bar, allowing you to essentially bookmark your nine most used apps for very quick access. While nine may seem a pretty low number, it is better than nothing, and means you’’ll probably be a little more selective in what you actually regard as a favorite app. 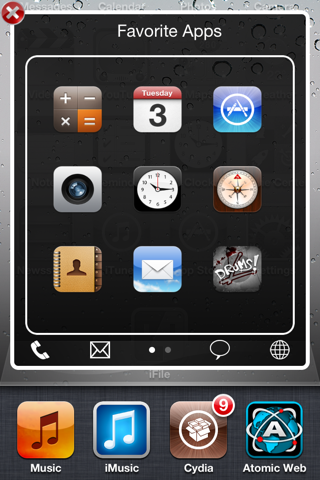 Swiping the pane on left brings up ‘System Settings’ which allows you to quickly set brightness, volume, or toggle Bluetooth, Airplane mode, Location services and WiFi on or off. 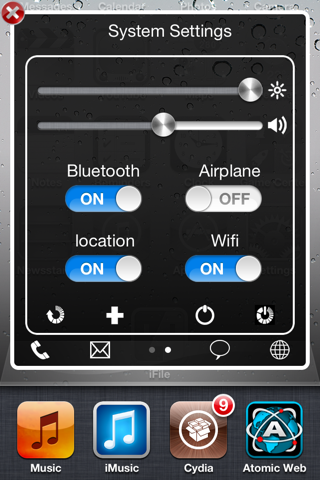 Entitled SuperSwitcher, it works for iOS 4 (although you’’ll need to be running iOS 4.2 or higher), as well as the latest iOS 5. It’s only 99 cents, and is certainly one of the more productive tweaks to slide through the BigBoss repository – a default source in your Cydia repo list from the point you jailbreak your device.

Tolani adds in the release notes that it’s not yet compatible with iPad, although the “yet” does seem to imply a release for the larger device is in the offing.

As usual, all configuration takes place in the Settings app so there is no icon, which is just as well since this particular utility advocates anti-clutter.