Streaming games online is nothing new. In fact, it’s been around for years now. In fact, we’ve been talking about it since the heady days of OnLive over seven years ago, and while that service was ultimately snapped up by Sony and turned into PSNow, the promise of being able to play a game on hardware hosted in a data center but have the display, audio, and input handled by something in your home has never really been realized.

Even PSNow, with Sony’s money behind it, can’t deliver 100% of the time. It works, but not as well as we’d like. The folks at Blade’s Shadow are quietly trying their own take on the same idea, and they might actually be onto something. 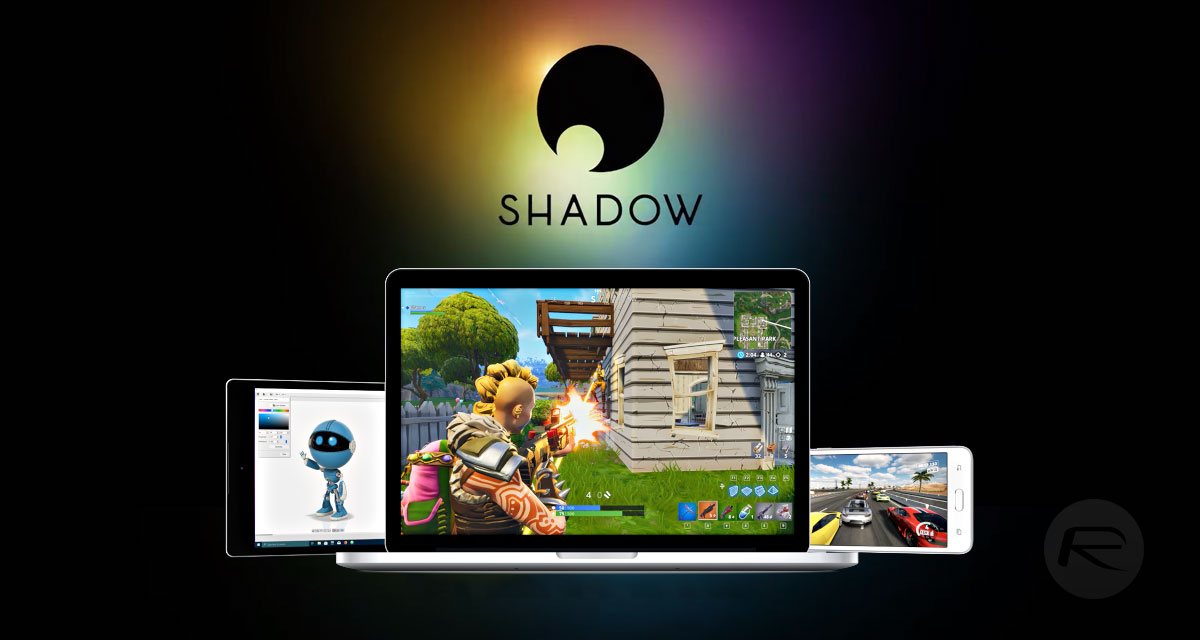 What exactly is Shadow?

If you boil it down far enough, it’s a collection of servers that all offer machines running Windows 10 with some pretty beefy specs to go with it. NVIDIA 1080 GPUs or equivalents, Intel Xeon CPUs, 12GB of DDR4 RAM, 256GB of storage. Those are the kinds of numbers you’d be talking about if you were building a gaming PC, and Shadow offers them all over the Internet with each machine having a 1Gbps network connection with which to play. Logging into the service gives you a Windows 10 desktop, and away you go.

But we’re getting a little ahead of ourselves here. Let’s back up and look at what the Shadow service really is.

In essence, users pay $34.99 per month to get access to a remote computer on which they can play whatever game they like. They can connect to that computer using apps built for Windows, PC, and Android with Linux and iOS apps in the works.  When a user downloads the app and signs in with their account details, they see a Windows 10 computer and away they go. This isn’t a streaming gaming platform like OnLive, it’s a remote, high-end gaming computer at your beck and call. That means you’re not limited to what games you can play. 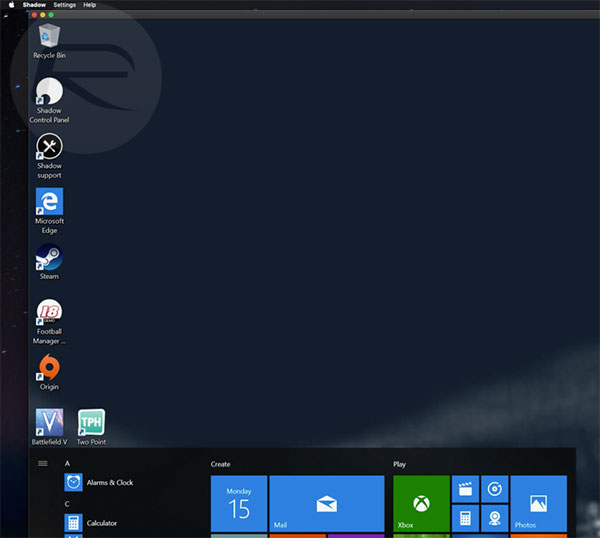 As an example of that, I’ve been testing Shadow for a few weeks now and I’ve played games from all kinds of genres and online stores. I installed Steam and played Football Manager 2018 and Two Point Hospital. I signed into Origin and played the last few hours of the Battlefield V beta. I did all of this using my 2015 MacBook Pro and connected Samsung 27-inch 4K monitor and it was glorious – with all graphics settings set to their highest available. Well, 99% of the time, at least. 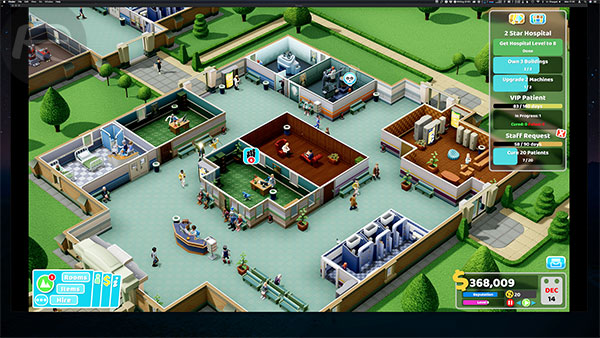 There are, of course, limitations to be taken into account here. No matter how fancy the technology that Shadow employs happens to be, you’re still sending everything over the Internet – keyboard taps, mouse clicks, video, audio – and while actual latency wasn’t something I encountered, there were some visual hiccups that sometimes resulted in my 4K image being less than optimal.

Blurred images did occur, even when reducing the resolution, but not for long and to be absolutely honest, it didn’t happen often enough to stop me from enjoying the game at hand – even during heavy Battlefield V firefights. My MacBook Pro is connected to a 350Mbps/20Mbps fiber via fast Wi-Fi, which is perhaps a faster connector than most will have to work with. Perhaps bear that in mind.

There’s another angle to consider here, and that’s the Shadow Box. Currently unavailable while an updated version is being worked on, the Shadow Box will be called the Shadow Ghost when it is relaunched and will gain some notable improvements over the current model – most obvious is the inclusion of WiFi capabilities.

I was able to test the older Shadow Box, and in a nutshell, it’s a small device that acts as a streamer for those who don’t have another device on which to install the Shadow app. Plugging the Shadow Box in, connecting peripherals and hooking up a monitor produced the exact same experience as using the Mac app I’ve been using over the last few weeks, and that’s about all there is to say about it. I don’t expect most will need one, and I certainly preferred using the Mac app instead. If you do need a Shadow Ghost/Box, you’ll, unfortunately, need to wait for it to be made available in Q4 2018/ Q1 2019.

Of course, this being a remote computer, Shadow can be used for all kinds of things beyond gaming. While mining cryptocurrencies is not allowed as part of the Shadow terms of service, if you need a powerful machine to run media creation apps and such, this is a great option. Getting assets into Shadow will obviously require uploading them somehow, but in a pinch having a Xeon CPU on hand can come in handy in all manner of situations, not just for helping push pixels in the latest blockbuster game. Ultimately, however, gaming is where Shadow sees itself being used.

Given the way Shadow has performed during my testing, the only real question mark I and prospective customers will have is the price. At $35 per month Shadow is definitely not cheap, but given what you get for your money it may well be worth it to gaming fans. When you look at how much money can be sunk into building a high-end gaming PC, you can pay Shadow a lot of $35 fees before you get close to the same figure, and that’s before you factor in upgrades. PC gamers know that upgrading their machines to keep them running at the top of their game is a costly exercise, but with Shadow, that’s all on the service to take care of. Talk of more RAM and upgraded GPUs is already taking place, and unless the monthly fee increases, none of that cost is on you, the user. That has to be something worth its weight in gold or, at the very least, huge GPUs!

After spending a few weeks with the service, I’m a fan of Shadow. I like the performance and I like having a full Windows 10 PC with which to play rather than being told what games I can enjoy like we have seen in the past. There’s no waiting for Shadow to add support for a big game after its release – you download it, and you play it.

That’s how gaming should be, and Shadow is perhaps the closest to console gaming-level ease-of-use we’ve seen yet.