Earlier this month, we learned that the famed BioShock was to be released on Apple’s iOS, and after a few weeks of making the final preparations, the iconic title is now ready to download for iPhone, iPad and iPod touch.

Such is the power of the modern-day mobile device, that slightly older console games can essentially be ported over for a full-on, unadulterated experience, and while, in years passed, we were accustomed to token, second-rate spin-offs, this new BioShock release is anything but. 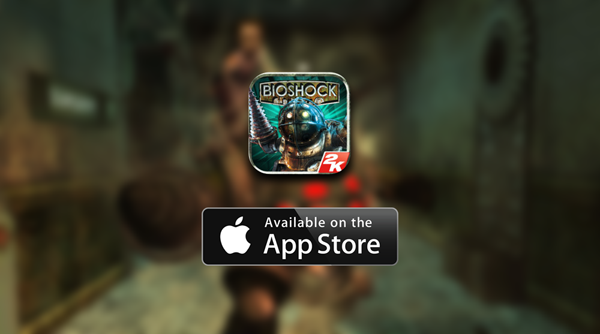 As mentioned in our previous coverage, this is a full on re-run of the original BioShock adapted nicely for the touch-based control set, and although we haven’t had a chance to try it out for ourselves just yet, the fact that developers seem to have the console-to-mobile blueprint down to a fine art these days suggests that it’ll play very nicely indeed. 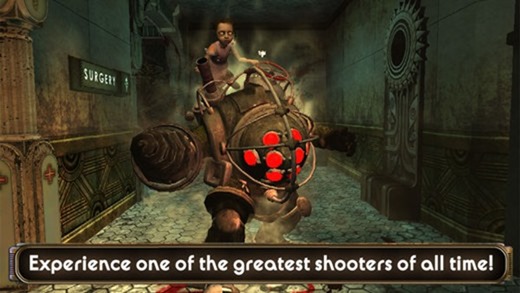 Running up a download price of $14.99, we’d like to think that 2K has done the original BioShock some justice, and although the graphics will have been down-scaled slightly due to Apple’s 2GB download limit, the screen captures accompanying the download and the in-game footage we’ve already seen suggest that it’s still very easy on the eye. 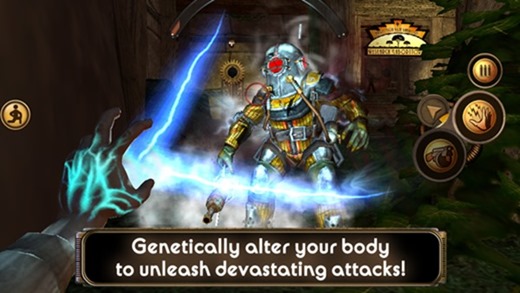 Although gamers seem to have taken to touch controls after some initial resistance, those still defiantly sticking to physical control pads will be pleased to learn that BioShock for iOS is MFi-ready, so if you happen to own one of the multitude of controllers currently doing the rounds, then you can enjoy the new title just the way you prefer. 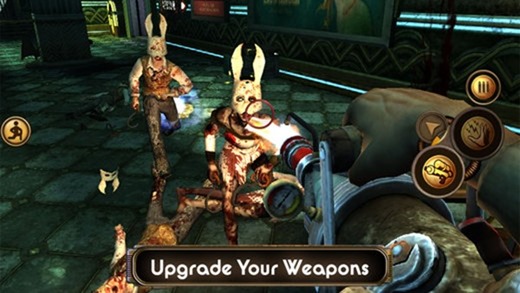 The price tag may seem a little hefty, but given that you’re getting the same experience as those stumping up twenty bucks for BioShock on steam, perhaps not so much. Sure, the mobile gaming faithful is accustomed to paying peanuts for games these days, but the good thing about BioShock for iOS is that you pay up front and don’t get stung by those often sneaky in-app purchases just to progress.

You can download the title from the link which we’ve embedded below.