Beyoncé’s new, self-titled fifth studio album has shattered sales records on Apple’s iTunes Store by shifting a mammoth 828,773 copies in its first three days. With 617,213 copies sold in the U.S. alone, the album is already well on its way to becoming the singer’s fifth solo album to pass the million sales criteria for Platinum certification in the States, and considering that at present, it’s only available on iTunes, it’s a great achievement.

There’s no doubt that the iTunes Music Store revolutionized the way we consumer music. Prior to its introduction, the industry was fighting a losing battle with file sharing and P2P (peer-to-peer) sites and apps, and downloading music legally was a rarity. But using the popularity of the iPod range as leverage, Apple has gone on to sell billions of tracks over the past decade, and although Beyoncé is one of a few exceptionally popular acts to be able to sell this many records at all in such a short space of time, to have hit almost two-thirds of one million through iTunes alone is completely unprecedented and went to number one on the iTunes chart in 104 countries. 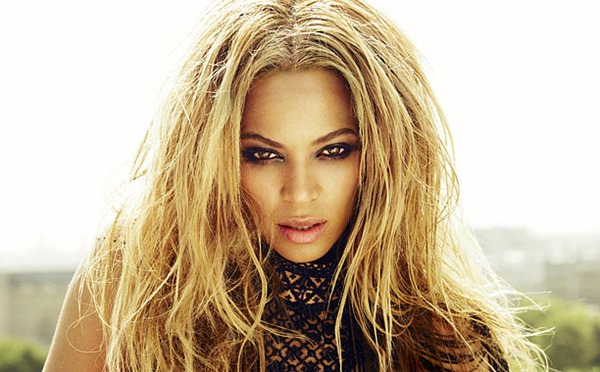 Husband Jay-Z tied up a different deal with Korean giant Samsung that helped secure over one million sales in the first week of his last album, and it’s clear to see that the music industry’s power couple knows how to embrace modern technologies.

As well as posting record-breaking numbers, self-titled album BEYONCÉ hit the number one spot on the iTunes chart in 104 countries. Released on the 13th of December, the record is described as a “visual album” because each track includes a music video, and although this has been done before, it’s inarguable that it hasn’t been pulled off quite as successfully as this.

One would think, given that the digital-only nature of this release, that the restriction might have hindered the album’s sales. But this is a carefully thought-out release that has taken advantage of social media, the popularity of iTunes, and is, by some margin, Beyoncé’s most successful opening week for any album. 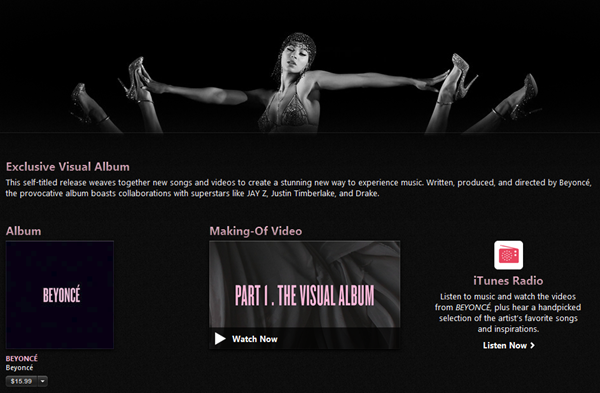 With 630k in three days, the chance of the album reaching Platinum status by the end of the week would seem plausible, and this would not only be a great achievement for the singer, but also Apple and the iTunes Store.