Beware: Crash Safari Link Can Instantly Crash Or Reboot Your iPhone And Other Devices

Following on from the hours of countless fun that users had with the “effective power” text messaging bug that caused iPhones to crash at will, there’s now a new crashing solution doing the rounds. A website by the name crashsafari.com does exactly what it says on tin by causing Apple’s Safari web browser to crash on an iPhone or Mac when visiting it.

The website itself works by overloading the web browser to the point where it literally can’t take anymore; runs out of memory, heats up, and is forced to reboot itself for the sake of its own sanity. If you want to mess with your friends or colleagues then this is definitely the link to send. 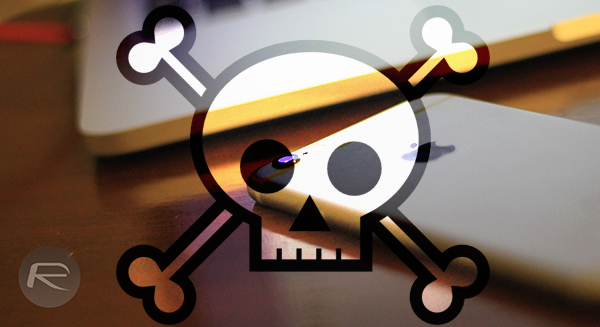 The code behind the website is simply set up to run a script with the sole intention of crashing the web browser and forcing a reboot. When executed, the underlying script creates a self-generating string of text that continually populates the address bar within Safari on OS X or iOS. After a period of approximately twenty seconds, the browser simply can’t take anymore and does the only thing that it can do; quit and reboot. There’s also a significant amount of heat generated on the device while it performs the self-population of the address bar. 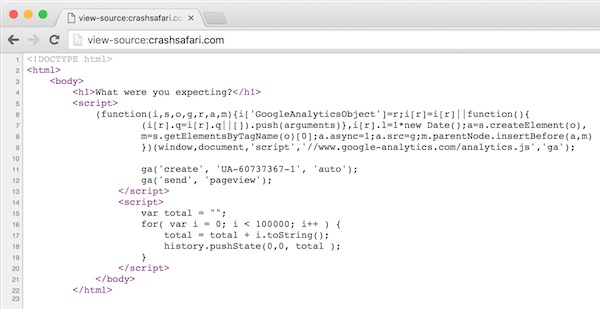 Don’t think that if you’re an iPad owner that you’ll be able to evade the issue. A similar thing happens when visiting the website via Safari on one of Apple’s tablets. The script itself isn’t entirely choosy about the web browser that it runs in. Visiting the website on an Android device using the Chrome browser causes the script to perform the exact same action, but the hardware becomes sluggish and unresponsive rather than actually giving up and rebooting. Killing the Chrome browser restores the device back to its normal working conditions, most of the times. Similarly, a full reboot of an iPhone, iPad or iPod touch should normalize things once again.

The issue isn’t as problematic when executed in Safari or Chrome on a Mac or Windows PC depending on how much memory and resources the machine has available. The ever-increasing generation of text appears to cause a huge issue on devices with smaller memory banks, such as tablets and smartphones. Laptops and desktops with large dedicated RAM do become sluggish, but don’t crash out as easily. They will crash if the memory on the system is low.

The code seems to run havoc on the latest firmwares on Apple devices including iOS 9.2.1, OS X 10.11.3, and a few betas even. Luckily, the site does not pose any security risk whatsoever and does not compromise on the system environment. So, prank away!