Bendgate: Nexus 6P Loses Another Bend Test Round, This Time In Mint Condition

Every mobile device manufacturer strives to have its flagship offerings ride the popularity train alongside the latest from Apple and Samsung, but while this might do wonders for sales, it also puts these devices under greater scrutiny, which, in some cases, translates to physical torture. What started off as a fun trend has blossomed into a legitimate testing ritual that leads a great many top-line smartphones to their slaughter every year. Determining physical resilience aside, there’s something about seeing innocent electronic devices being scratched, burnt, bent and dropped over and over that sadistic fans have always found satisfying.

While the “device vs. gravity” deathmatches have enjoyed relatively more attention over the past few years, a new trend has been quickly catching up since the launch of the Apple’s iPhone 6 Plus and the discovery of its inherent “bendgate” issue. With larger displays now a norm for flagship smartphones, customers are now genuinely concerned whether or not their expensive new purchases will be able to hold up against strains they might be subjected to while, say, lying within a particularly compact jeans pocket. Hence, the growing bend test video trend. 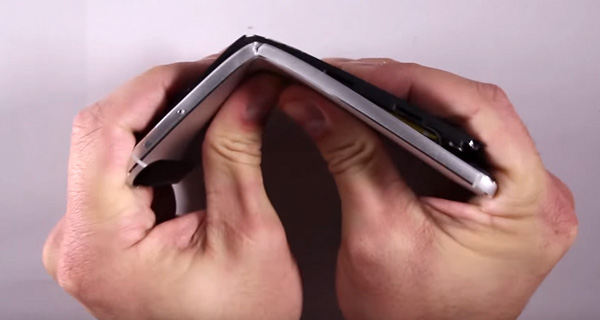 The latest to be subjected to said bend test is Google’s new Nexus 6P. Last week, YouTuber JerryRigEverything put the Huawei-manufactured smartphone’s durability to the test with scratch, burn and bend tests, but viewers were quick to point out the possibility of the burn test softening up the device for easy bending. So, naturally, Jerry returned with a second bend test, this time carrying out the test right after unboxing and setting up another poor Nexus 6P.

The result? The Nexus 6P bends like Anakin’s will did to the Dark Side. Its mint condition didn’t seem to help it at all.

If you’re curious as to what is responsible for the device’s apparent malleability, listen through the entirety of Jerry’s explanation at the beginning of the video. Before sacrificing his Nexus 6P for the greater good, the YouTuber discusses its design flaws, citing the weak fastening of the aluminium mid-frame with the outer body as one of three main causes for low structural integrity, the second being the thin side walls of the rear frame and a weak point around the power button. 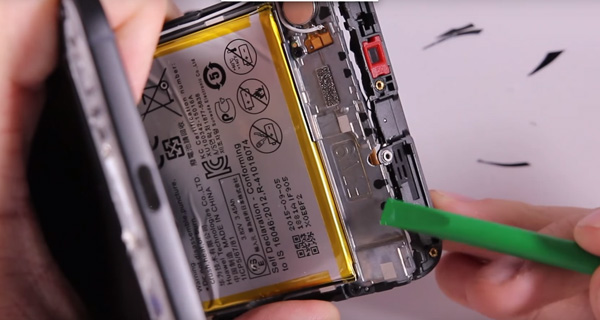 “It must’ve been brainstorming amateur-hour at Huawei when they suggested joining aluminum and plastic with a woodworking joint,” says Jerry, referring to the first design flaw.

These flaws, if they are indeed responsible for the 6P’s easy-bending nature, do seem like quite the oversight. Huawei is relatively new to the smartphone market, after all, so mistakes were to be expected. There’s a silver lining to all this, though – Google might finally consider developing their devices in-house.