BBM for iOS has just received an update over at the App Store, bringing with it support for the iPod touch and the Wi-Fi only iPad. More details as well as direct download link can be found right here.

BlackBerry obviously anticipated an extremely large response to their initial launch of the BBM app for iOS and Android when it was release back in October. An interim queuing system was put into place, meaning that users would have to register their interest in using the service after they had downloaded the app from the App Store or Play Store. The requirement for the user to have a cellular-enabled device played perfectly into BlackBerry’s requirement of limiting the number of people actually using the IM service. This latest update for iOS removes that limitation and allows those with Wi-Fi only devices to get in on the cross-platform messaging action.

BlackBerry’s latest update to the BBM app for iOS means that users of iPad and iPod touch devices that don’t have 3G or 4G LTE capabilities will be able to download and interact with the app. Andrew Bocking is the head of the BlackBerry Messenger service and has elaborated on just how popular the app is proving to be on the iOS platform. More than 10 million downloads of the BBM app have already been processed through App Store, with that number only set to grow now that it is available for a wider array of devices. 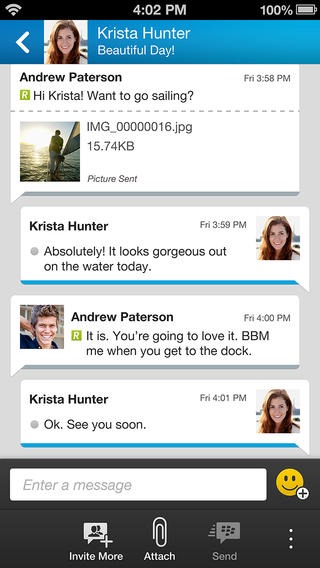 There’s been a great deal of discussion centered around cross-platform messaging apps and why BlackBerry would enter an arena that is dominated by the likes of WhatsApp and Viber. However, as Bocking rightly points out, the BBM service doesn’t rely on the end-user’s phone number and therefore doesn’t actually have a reliance on a telephony enabled device. It doesn’t seem like BlackBerry will be launching a truly native iPad variant of the BBM anytime soon, but for now at least it’s been extended to work on Wi-Fi only hardware. 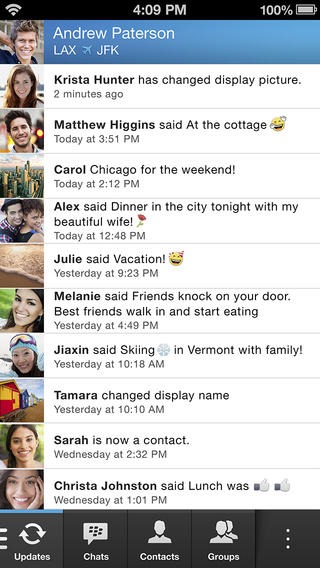 The BBM for iOS app, as ever, is free of charge and can be downloaded from the link which we’ve embedded below.

(Source: BBM for iPhone, iPad and iPod touch on the iOS App Store)