With the final chapter in the trilogy of Christian Bale’s Batman – Dark Knight Rises – having launched worldwide yesterday, the iOS title also made its way over to the App Store to supplement its box office release. Now, casually late as usual, the Android iteration is available to download over at the Google Play Store at the cost of $6.99.

Although I haven’t had a chance to try out the Android version, the iPhone, iPad and iPod touch copy is enthralling, and if you like your cinematic titles, this one is certainly for you. Made by Gameloft in collaboration with DC Comics and Warner Bros., you can see the influences of each throughout the title, and as a fan of the first two movies (and Batman in general), I’m pleased the title does the character – and the series – a great deal of justice.

As far as mobile games go, it’s certainly one of the most expensive, but this offers a little more than the usual run-of-the-mill, physics-based puzzler. Visually, it’s a masterpiece, and although it’s no Infinity Blade, it has to go up there as one of the most aesthetically-pleasing mobile titles to date.

The game is immersive, fun, addictive – everything a Batman fan could want and more. From scaling buildings around Gotham, knocking foes down left and right, or cruising along on the Batpod in the vigilante missions, it’s difficult to get bored. 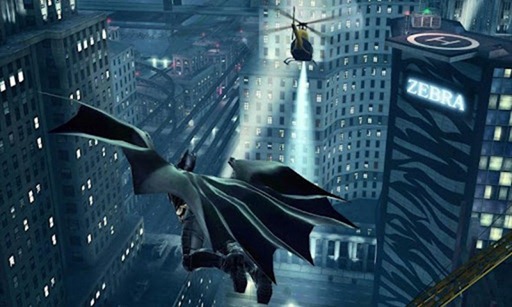 To cap things off, the controls are also really easy to handle. With many action titles – especially for mobile – the position and seamlessness of the controls can literally be a deal make-or-breaker, but it does seem as though – from my experience and the comments over at the Play Store – that Gameloft is on the money. 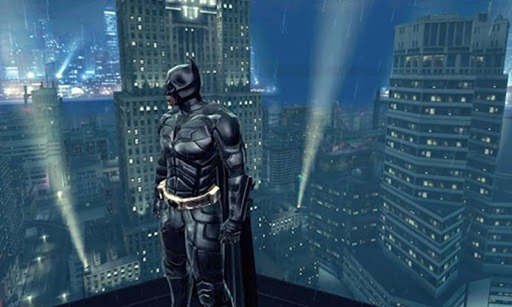 The only real downside is the game’s size. Weighing in at nearly 2GB (plus an additional 1.8GB when you’ve downloaded), it will command quite a bit of your spare space, as well as taking a while to download. This is just a minor drawback, though, and should not come between you and your purchase of The Dark Knight Rises.