In a bid to raise awareness with regards to humanity’s lack of satisfactory progress since the 1969 moon landing, video director Jason Hakala and a couple of his pals decided to launch an iPhone into space by mode of a helium balloon. The stunt was timed to coincide with the 50-year anniversary of John Glenn’s orbit of the earth, but to add a little twist to proceedings, he also took the opportunity to propose to his girlfriend.

The trio have a clear vested interest in space, and driven by the 50-year anniversary, launched a weather balloon with an attached message of "Now is the time for us to go back into space." Although technology has come on in leaps and bounds since John Glenn’s orbit and Neil Armstrong’s first set foot on the moon, the same cannot be said for outer space developments, and we are almost as ignorant to the many wonders outside planet earth as we always have been. 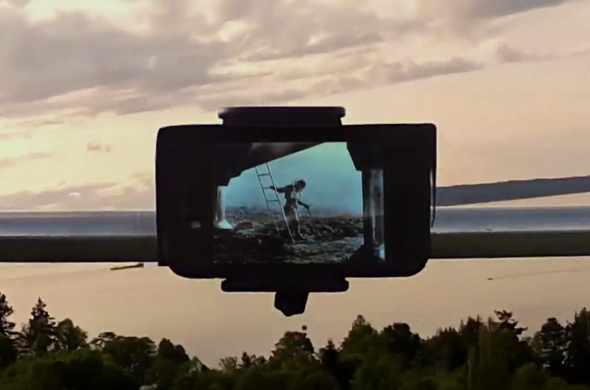 The makeshift spaceship was made by connecting PVC pipe, with two GoPro Cameras recording the iPhone at all times. Three days and two failed launch attempts later, it was certainly a case of the third time being the charm. Everything seemed to go to plan, and the looping video was streamed back to an iPad from which his girlfriend could view the marriage proposal.

Of course, she said yes; (after all, you have to in front of the cameras, don’t you?), and although I found it to be a tidbit cheesy, it was also quite heartwarming. Certainly, not many females will get a proposal like that from space, but the most inspiring aspect of the video has to be the interest from three relatively young guys who want to push the boundaries, expanding our very limited knowledge of what’s going on around us.

We talk a lot about technology and how rapidly it’s improving, but unfortunately, other areas appear to be suffering as we become more obsessed with our gadgety friends. I sincerely hope the message of Hakala and Co. reaches those with the power and influence to make a difference since I, for one, do find new discoveries in outer space to be fascinating.

OpenSite presents Now Is The Time