Google Glass looks set to become a piece of technology of many uses, and although many of use have already seen and enjoyed watching how the Big G’s face computer will capture video, run all kinds of different apps and generally enhance our lives, New York artist David Datuna has used it to create a unique, and captivating interactive piece of artwork. The large canvas consists of the American flag covered in thousands of eyeglass lenses, but in a twist, there are hidden cameras powered by the ever-so-tiny Raspberry Pi computer, allowing those picking up the linked Glass devices at the Art Basel gathering to view a live feed of those checking out the artwork.

Art and technology don’t always mix, but Datuna’s piece – entitled ‘Viewpoint of Billions’ – is a rather unique amalgam of these two fields. It takes some of the latest and most innovative products to hit the scene and uses them to capture the moment of people’s first impressions on the artwork. Snaps of art enthusiasts have already been posted on Datuna’s website (test.datuna.com) as well as Tumblr, all with the purpose of creating what he describes as a piece of artwork that “evolves with each interaction, creating a timeline of itself.” 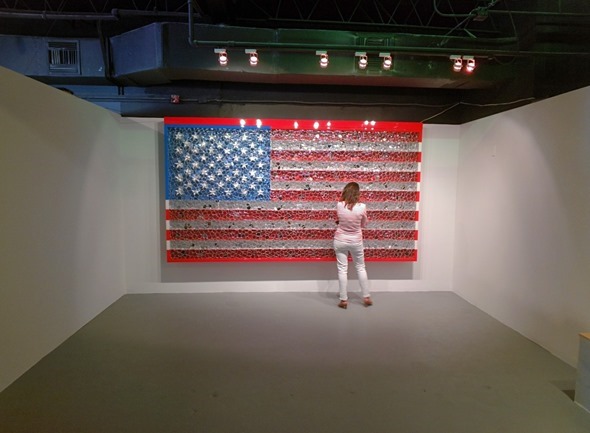 Not only are art fans and aficionados looking at the piece, but the piece is looking back at them, and although there’s no mention of a political statement from Datuna, it could be a subtle acknowledgement of governmental surveillance.

Whatever the case, it goes to show that Google Glass – as well as the Raspberry Pi micro computer – have an abundance of uses, and even though we’re used to seeing them hacked beyond recognition and manipulated in multiple ways, this is certainly a new one on us. 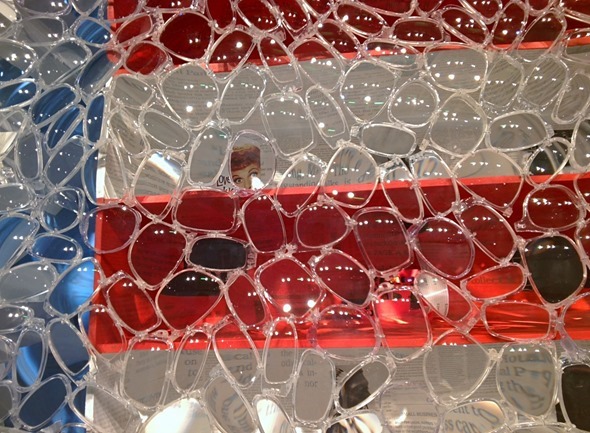 Google Glass was only introduced last year, but has already generated a significant amount of buzz. The Explorer Edition has already reached the second ‘generation,’ and with a public release scheduled for early next year, you won’t be needing to go to an art exhibition to interact with it. Well, hopefully you won’t.

We’ll keep you up to date with all the Google Glass news you could possibly require, so stay tuned to our coverage here at Redmond Pie!