ARK: Survival Evolved Arrives On iOS And Android And Is Free To Download

Once upon a time, it was inconceivable to bring a popular PC or console game to mobile and expect to mimic the same experience or have global success. Now, thanks to serious advancements in technology, it’s hard to even tell the difference.

The developers behind the hit PC game ARK: Survival Evolved are clearly in agreement about the maturity of mobile platforms, and, as such, have brought the title to Apple’s iOS and Google’s Android platforms. 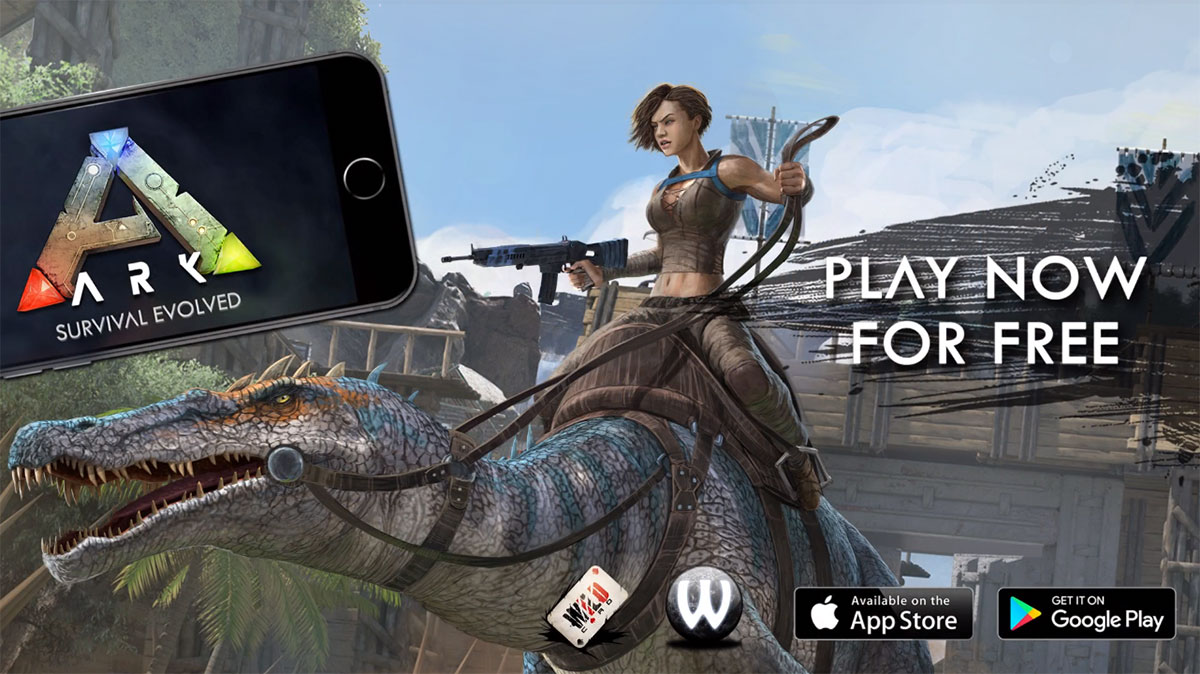 ARK: Survival Evolved has been available as a PC game for a number of years now. More recently, the game was also brought across to consoles to cater for that particular market.

Now, to pretty much finish off compatibility, the publishers have decided that Apple’s iOS and Google’s Android platforms are the place to be and have brought ARK: Survival Evolved to the aforementioned platforms with immediate effect as an entirely free-to-play title. True-to-the-original, iOS and Android gamers can expect to benefit from all of the same gameplay as offered on PC:

Based on the genre-defining adventure from PC and consoles, ARK: Survival Evolved challenges you to survive and thrive on a mysterious island, where you start out alone and unarmed. Gather resources and craft tools to build shelter and hunt. Expand your domain while capturing and taming dinosaurs to do your bidding. Make new friends online, form tribes, and build mighty structures to defend against man and mega-predators alike!

Games like Fortnite and PUBG Mobile may be extremely popular on mobile at the moment but if battle royale titles aren’t your cup of tea, and you are more into the action involving taming prehistoric creatures which are now extinct, then ARK: Survival Evolved is definitely something that you are going to want to sink your teeth into. But, to be able to sink those teeth, you are definitely going to need to have a modern(ish) device. Where iPhone is concerned, the game requires iPhone 7 or above. If you own an iPad, then you’ll need iPad Air 2 or above, including all iPad Pro models.

PC or console gamers may have had to part with approximately $60.00 to play but you, as an iPhone and Android owner, are going to get the experience for free. However, you can expect to pay pretty heftily for a serious of in-app purchases to get in-game currency.