I think I speak for the majority of consumer electronics fans when I say that we would all love the chance to have the financial backing of a company like Apple to be able to dream up our own product line of innovative, beautiful and outrageously expensive products. Imagine your own home full of gadgets that you have imagined, invented and then had Apple bring them to life for the world to lust over. Unfortunately, unless you  are a product designing genius who gets snapped up and produces the next big thing, the chances are that dream is more than likely unreachable but designer Antonio De Rosa has produced a line of dream gadgets for Apple’s 2012 lineup. 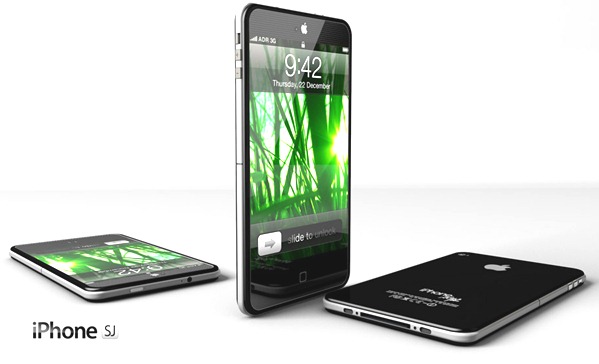 Obviously the gadgets shown in the video below are purely fictional and in no way represent any real life products, either existing or in the pipeline but they do show off the designer’s wonderful imagination and design abilities. The first gadget to be showcased is the beautiful and sleek iBox which functions as a set top box with a touch screen interface. The iBox has a capacitive, seven inch touch screen and is designed to work as your own personal high definition television. Connecting the iBox to your existing TV would allow users to take control using touch gestures and Siri voice commands. The next gadget in the ADR Studios lineup is the iCam which I am pretty sure a lot of photography fans would love to see. The iCam functions as a DSLR 4/3 camera with a beautiful, purpose crafted aluminum unibody and features a front and rear touch screen. The iCam would also be Siri compatible and house an LED flash as well as a pico projector making it an Apple camera with powerful functionality. Probably the mouth watering of the range is the Apple iWatch which is designed to work harmoniously with iPhone and iPad. The watch can be connected to an iPhone or iPad to offer additional functionality and comes with a whopping 32GB of internal storage as well as the ability to beam stored media onto any surface through the use of a built in pico projector. As you may be aware, De Rosa is the designer responsible for the iPhone SJ concepts which we have seen flying around the world wide web and obviously no dream Apple range would be complete without the SJ iPhone. The new iPhone would benefit from a thinner form factor with a reduced weight, made from polycarbonate, aluminum and PK2 Kevlar which houses a fully capacitive glass touch display.

The problem that I find with concept designs like these is that it genuinely upsets me that I can’t rush out to an Apple Retail Store right now and hand my credit card over and walk away with these products. The iWatch and iBox concepts are not only beautiful in design, but offer amazing – albeit fantasy – features which any true gadget geek would salivate over. Check out the video below and see what you think about the beautiful concepts from ADR Studios.