Android’s beauty* lies in its relatively “open” nature: it allows the user to customize just about every aspect of their device’s software, from launchers and keyboards to entire ROMs and kernels.

Launchers like GO, LauncherPro and ADW are very popular among folks who dislike the stock launcher which comes with their device. LauncherPro, especially, is known for its excellent performance and, today, we came across an all-new launcher called Faster Than Light (FTL) Launcher that claims to be the fastest launcher ever. We’ve played around with it for a while and feel that it does, really, live up to that claim. Details after the jump! 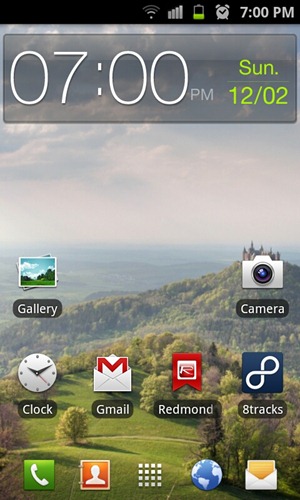 Developed by lowveld from XDA-Developers, Faster Than Light Launcher aims to be the most fastest launcher on Android while maintaining flexibility. It is based on the Android 2.3 Gingerbread launcher with features like configurable quick launch apps, auto-rotation and homescreen looping (to name a few).

The Faster Than Light Launcher.

Make no mistake, this is the fastest launcher you’ll ever run. Small, light, configurable. The Gingerbread launcher as it should have been.

No useless stuff, no compromises. Performance and usability are the driving forces here.

We’ve tested the launcher on a Samsung Galaxy S II on Android 2.3 Gingerbread and can confirm that it works as advertised. I couldn’t really verify its claims of being the fastest launcher around since the stock TouchWiz launcher on the Galaxy S II – a dual-core, 1GB RAM-toting superphone – is pretty fast on its own. I do, however, feel that its performance will be felt on older devices with slower chips and smaller RAMs. 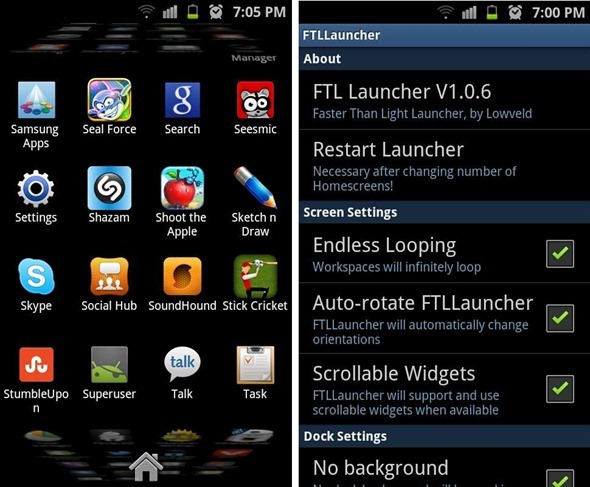 Faster Than Light Launcher is available in two versions: free with limited customization and paid with full customization. Options like being able to disable wallpaper scrolling, number of homescreens and  “bounce” effect on homescreen transitions are only available on the paid version.

Note: Faster Than Light currently works on devices with display resolution 800×480 only. The developer is working on getting it to work on other devices as this is typed.

*And ugly, as well. Because of Google’s lack of strict app-policing, malware often makes it way through Market and onto un-assuming devices.