Apple has been rumored to have its own non-Beats branded W1-equipped over-ear headphones ever since a report suggested so back in February. Now a new patent application may offer a further indication that this is indeed in the pipeline.

According to an application that is currently working its way through the US patent process, Apple has plans to offer headphones that use HomePod-like beamforming in an attempt to make them reversible.

Currently, headphones have a distinct Left and Right ear cup, something that isn’t generally an issue. However, Apple’s patent application allows for technology that would have the headphones sense which ear cup is on which side of someone’s head, making them reversible.

An added benefit of the beamforming technology is that it would also make it easier for a microphone to hear what the wearer is saying, similar to the way HomePod is scary great at picking an oral command out even when it is playing music in a room. 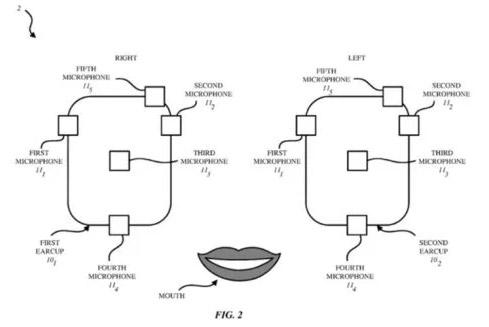 Of course, all of this is just a patent application and doesn’t necessarily mean we will see headphones with this technology ever go on sale, but with Apple already knowing its technology works in HomePod, we wouldn’t be surprised to see new a AirPods-like headphones appear at some point.