Apple has launched a new ad for its ever-popular MacBook Air, but it’s not quite like the ads that came before it.

Apple is without a doubt known as the ‘clean’ computer company. We don’t mean that it cares about the environment – it does, by the way – or that it manages to avoid naughty words in its product descriptions – something else it really does – but we’re really talking about how it presents its computers.

While most PCs come laden with stickers advertising all kinds of things from the Intel logo depicting the chip beating at its heart, or the Microsoft Windows logo just to rub it in, Apple’s computers are au naturel, with no branding whatsoever beyond that iconic Apple logo and perhaps the name of the product line that the device is from. Just look at a MacBook Air and compare it with that $400 Windows laptop on sale at Best Buy. See the difference? 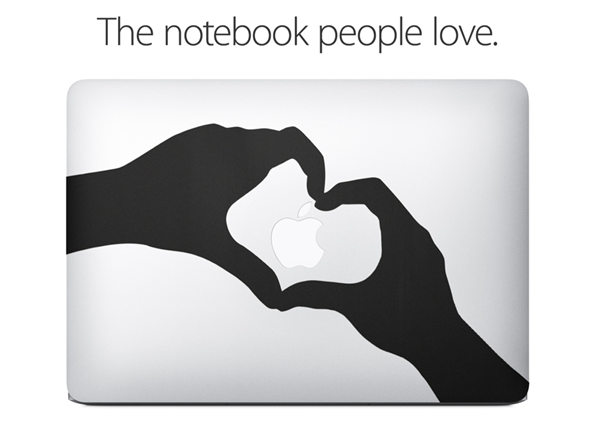 Which is why it’s all the more interesting – nay, odd – to see Apple focusing on stickers of all things in order to push its MacBook Air.

With its new ad, dubbed ‘Stickers’ for obvious reasons, Apple is seeking to ensure everyone is aware just how popular the MacBook Air is. It’s ‘the notebook people love,’ according to Apple’s dedicated ‘Stickers’ web page, and if you own one, you probably won’t be arguing with that sentiment. The MacBook Air is a hell of a machine, especially since Apple started putting real CPUs in them. 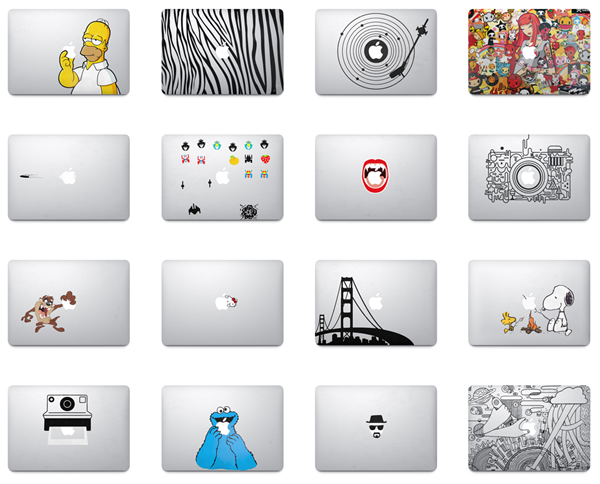 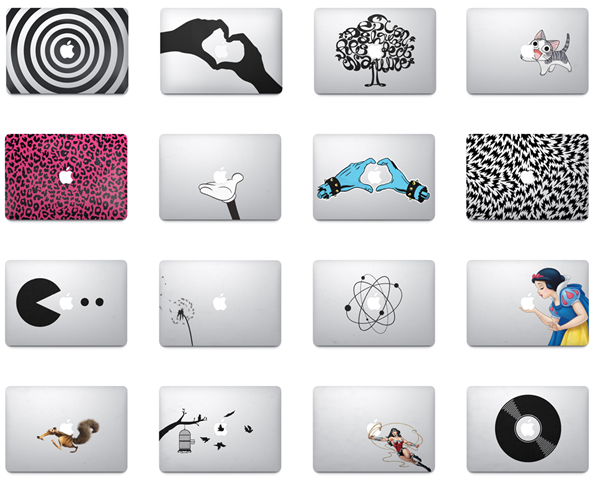 The new ad not only focuses on putting stickers on your new Mac, but it just ‘feels’ different. Some have pointed the finger at Dr. Dre and Jimmy Iovine as potential influences here, but we’re not really all in on that theory. Apple’s done ads that have struck people as strange before, but the famous iPod silhouette ads eventually become wildly popular. If this ‘Stickers’ ad is a new theme for Apple, so be it.

The ad itself is nice and simple, showcasing some of the admittedly cool stickers that people put on their MacBooks, most of which make great use of that big illuminated Apple logo on the lid. We’re not sure we’d stick anything to our Macs, but if you like that sort of thing then more power to you.

Us? We’d rather see that aluminum in all its unfettered glory.