Apple’s New Patent Could Be Used To Summon, Authenticate, And Pay For Self-Driving Car

Apple has had varying numbers of people working on its Project Titan autonomous car project for the last couple of years now, and according to a new patent application published this week, Apple has plans for an iPhone to be used to summon a car, with the phone also handling payment for the ride.

The use of an app would remove concerns over entry into vehicles, with existing remote locking systems susceptible to man-in-the-middle attacks. Apple’s patent allows for a “system and method for vehicle authorization,” which includes multiple different elements, thus improving security.

This is where the Apple’s smarts come in, with part of the patent using a “hardware device” that can handle an ultra-wideband signal used to determine the position of the device in order to ascertain whether it is within range of the car. If it is, it could be used to lock or unlock the nearest car door while keeping the remaining doors in their existing state. Some form of biometric security would also be used, according to the patent, with some elements of the car’s features only available to those who pass a security test via something like Face ID or Touch ID.

There are many facets to the patent application, but they are all undoubtedly related to Project Titan. The project itself appears to have morphed from a car to software that could be marketed to existing car makers, and while Apple patents don’t always end up turning into things people can buy, this one does catch the eye. 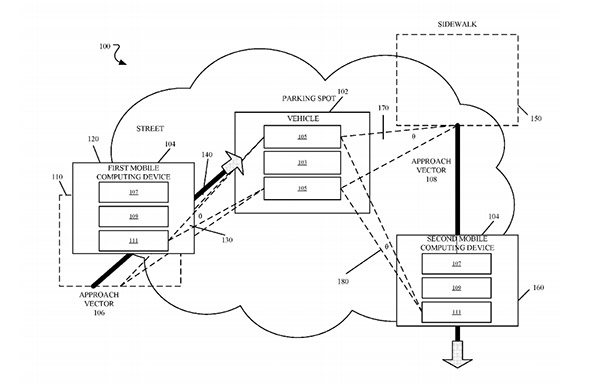