Apple has made a new video ad available via its YouTube channel, this time focusing on a new range of applications while continuing a theme that has been following for a little while now: ‘You’re more powerful than you think.’

Throughout its long and storied existence, Apple has been known for some of its truly brilliant advertising campaigns. Its current iPhone ads revolve around the idea that we are more powerful than we think and, assuming you’re walking around with one of the company’s high-end smartphones in your pocket, it may have a point. 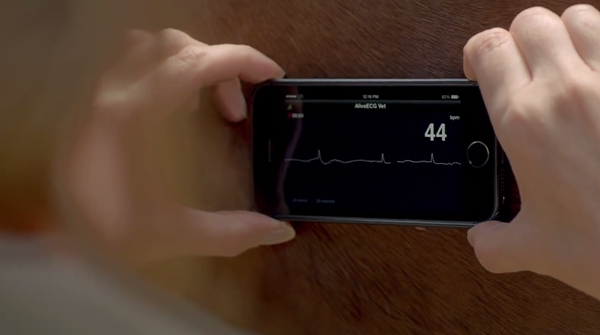 The series of ads features a range of iOS apps that are there to showcase the sheer volume and variety of apps that is available to those that own iPhones. The latest ad, called ‘Dreams,’ features apps that help vets check an animal’s heart rate, a pilot checks the weather and even give doctors the ability to communicate in foreign languages in near-real-time thanks to some super speedy translation.

As tends to be the case with Apple’s TV ads these days, ‘Dreams’ features a chosen song that the company feels matches the entire theme of the ad itself. This whole spot is backed by “When I Grow Up” by Jennifer O’Connor.

Apple’s iPhone ads and their focus on apps is a swing from previous spots that aimed to ensure everyone was aware of what the hardware and Apple’s first-party software could do for the user. By now focusing on apps offered in its App Store, Apple not only keeps its legions of third-party developers sweet, but also puts the App Store front and center when it’s entirely possible that a good portion of iPhone owners never venture into it.

And that’s just a damned shame if you ask us!

Give the app a look for yourself, and tell us what you think in the comments section below.

We really wish the iPhone 6, along with the new iPads spring more life into Apple’s TV ads. September isn’t that far off, and we’ll be tuned in to all the stuff as it happens, and when we get the wind of it, you will too.