If you’ve been anywhere near the internet over the last couple of days you’ve probably already noticed that there is something of a storm brewing. This began after a number of people reported noticing that photos taken using their iPhone XS’ or iPhone XS Max’s front-facing camera were resulting in somewhat odd looking images.

Those images appeared to have some kind of blurred effect applied to the skin tone of the people in the shot, akin to so-called “beauty filters.” It wasn’t clear whether this was intentional, but what was obvious was that it wasn’t wanted; the Internet lit up.

Now, as we had suspected, it seems Apple is working on trying to understand why the weird effect is being applied and most importantly, how to stop it. This comes after a report by AppleInsider cited people who were “not authorized to speak on behalf of the company”, saying that Apple is looking into the situation.

It’s clear that whatever is going on here is within Apple’s software rather than hardware, and the problem absolutely does not manifest itself in all images taken even on phones that appear to be impacted.

It’s not yet known what is going on to cause these unwanted results, but judging by the reports people are leaving on sites like Reddit, they very much want it to be rectified, and quickly. 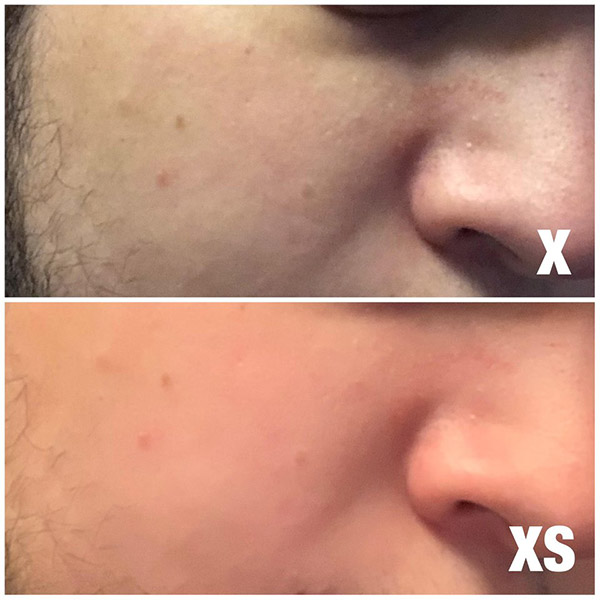 Apple’s iPhone XS and iPhone XS Max do some pretty impressive and intensive work to merge multiple images into one final shot, and it’s possible that something is going awry here. The good news is that if this is indeed a software issue, we can expect it to be rectified in due course.