Apple released watchOS 5.1.2 less than 48 hours ago, and the feature brought with it support for the Apple Watch Series 4’s ECG feature, something that was heavily touted at launch. While many people tested the feature out and found no issues whatsoever, some did indeed discover that things weren’t as they should be. In fact, one person may already have had their life saved by the Apple Watch’s latest health-oriented feature.

One Reddit user tells a story of his own testing of the new ECG feature, with the results repeatedly claiming a result of AFib, or atrial fibrillation. He thought it was simply a case of the watch returning false positives due to flaky or buggy software, but after testing it on his wife and having seen her results come back as clear, he decided that it might be worth taking a trip to a clinic. 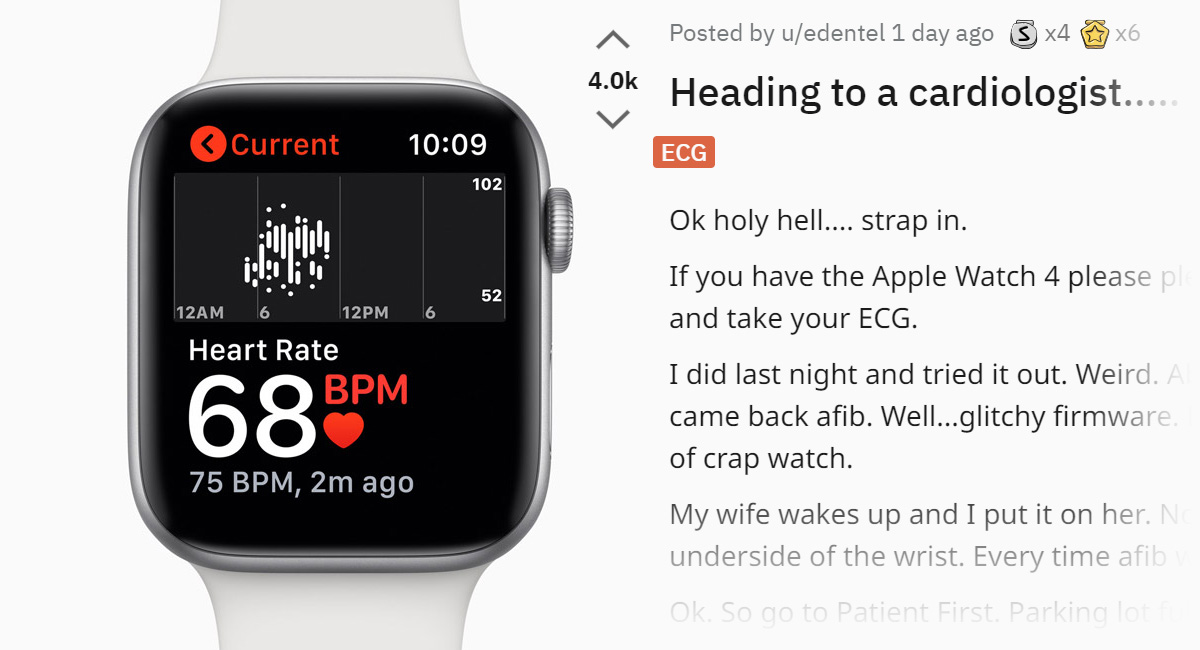 Upon visiting the clinic and speaking with a doctor, it seems the Apple Watch may have been spot on all along. The doctor said that he expected to see more people pay visits to clinics as a result of the Apple Watch feature, but didn’t expect to see someone so soon.

However, after hooping the person up to a full ECG, it was confirmed that he was indeed in AFib, meaning his heart was not beating at a correct rhythm. In fact, the doctor told the Apple Watch wearer that “this probably saved you.”

That’s quite the endorsement! The Apple Watch has been credited with saving lives many a time, and it seems we might have had to wait less than a day for the new ECG feature to prove its worth. 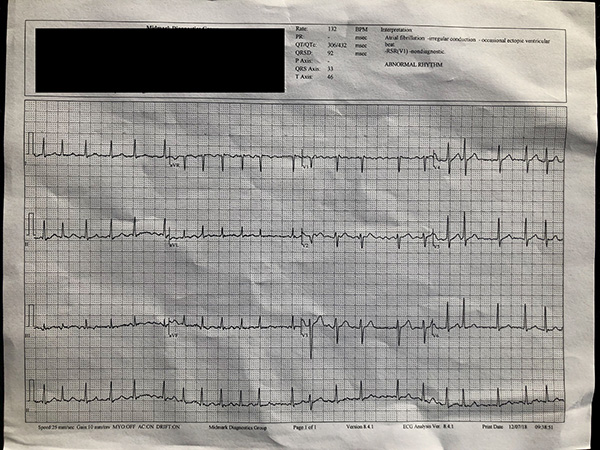