As we get closer to the Apple Watch going on sale and people start to spend time with one either in-store or during a review, we are finding out more and more about the device that we didn’t already know. We already found out that despite Apple saying the Sport model came with two bands, it actually comes with three parts that make up two different sizes of the same strap, for example.

Before the Apple Watch was made available for pre-order and people were allowed to try it out in-store, we already knew that early Apple Watch units had some sort of diagnostic port hidden beneath one of the band connectors. We assumed that such a thing wouldn’t be around on the final, shipping device, but photos have now appeared which show that the port is alive and well, even on the watches being used as demonstration models in Apple Stores.

While we don’t yet know what the port is actually for, it is assumed it will be used by Apple for AppleCare purposes, but it does potentially open the way for smartwatch bands and the like in the future.

Confirming the port’s inclusion in shipping products, Apple commentator John Gruber has posted a photo of his review unit which also features the port. His watch has a cover on the port though, which the watches in stores don’t appear to feature. It’s possible there is a reason for that, and we’re pretty sure the watches that go on sale April 24th will have the cover on just as Gruber’s does. 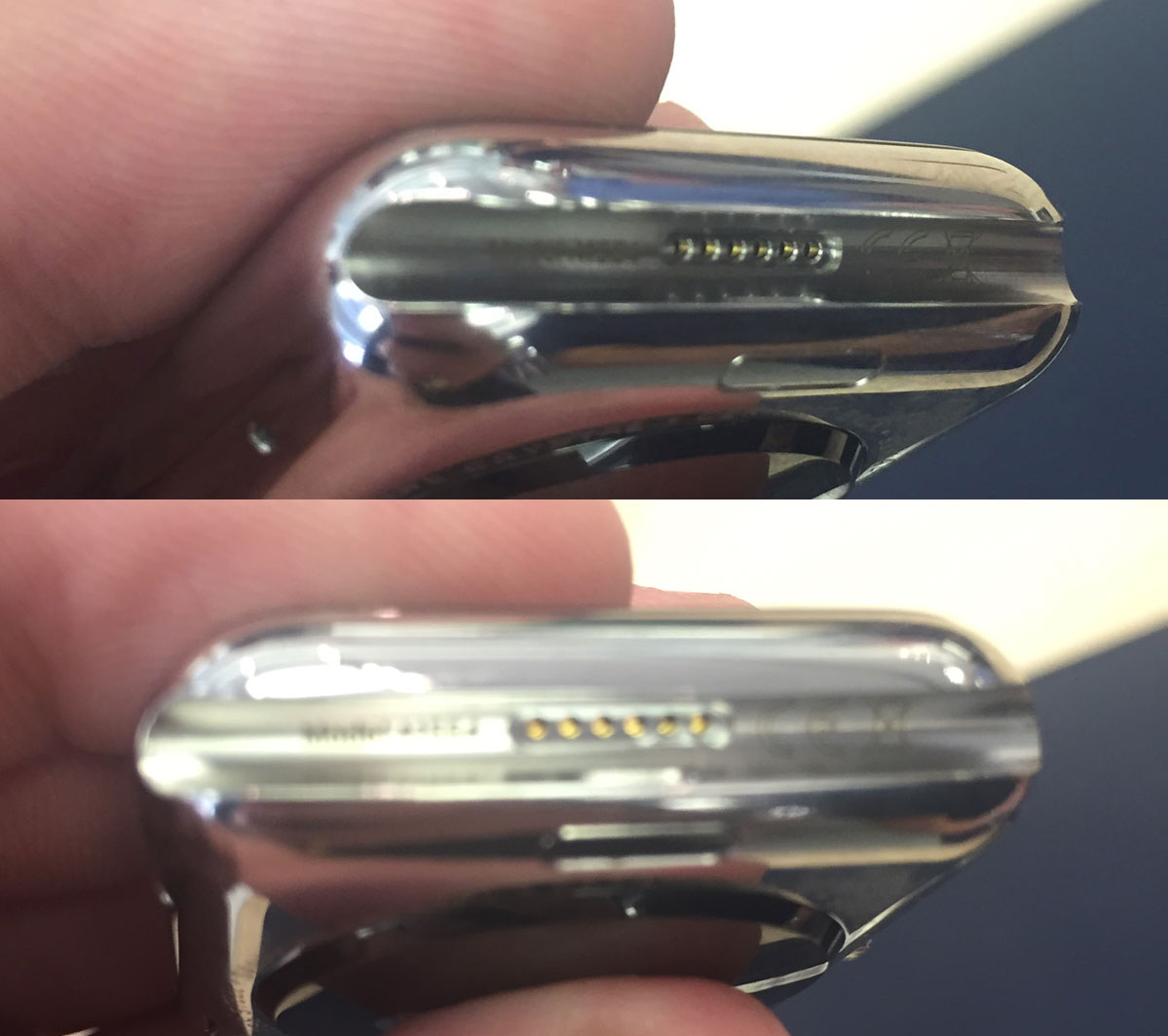 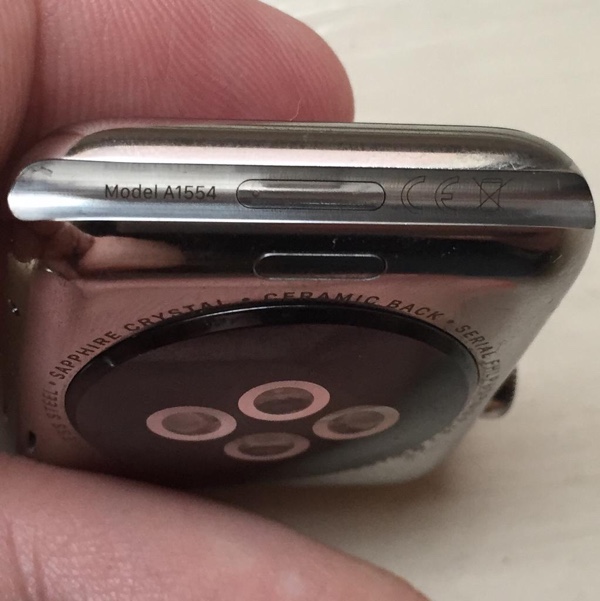 Apple’s new wearable was made available for pre-order on the 10th and goes on sale on the 24th. Orders are already showing as not shipping until June for most models.