Apple has today made its Modern Buckle band available to buy separately, while also launching a new, larger Sport Band alongside a Link Bracelet Kit for the innovative modular band to accommodate those with larger wrists.

The Apple Watch has been on sale for a few months now, and while most of the bands that Apple announced have now become readily available to purchase – at least online – one band has been elusive throughout. The Modern Buckle, available for order only with the purchase of a 38mm Apple Watch, was conspicuous by its absence. Showing as unavailable on Apple’s website, there was no indication as to when the thing would be available on its own. 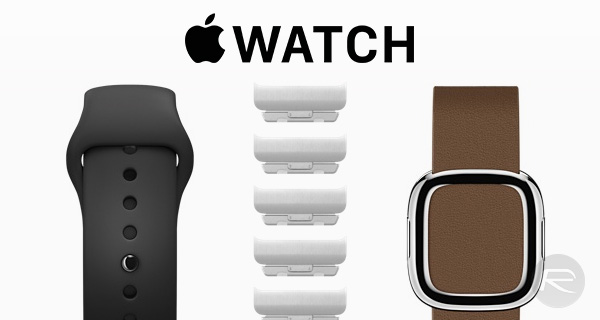 As of today, the 38mm Modern Buckle can be ordered online, costing $249. Available in four colors, the band is listed in stock but will not arrive until August 24th at the earliest according to Apple’s web store. There is still no sign of a 42mm version of the band, much to the disappointment of many. 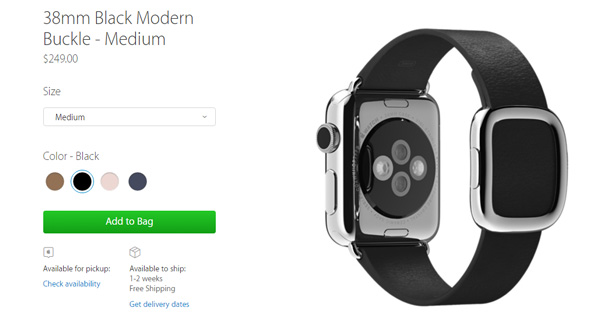 Apple has also tweaked its existing Apple Watch Sport bands, adding a new size to the roster. Now, buyers with wrists larger than 215mm can use the L/XL Sport Band that has just gone on sale, though it will only be available in either black or white. There is no current sign as to whether other colors will be added at a later date, but for now, you’re left with what we can only assume is a choice of the two most popular offerings. 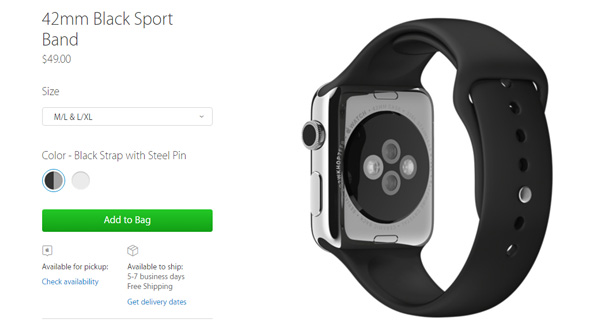 Apple continued its watch band updates by adding a new Link Bracelet Kit to its store. Comprising six extra links, this kit expands the existing Link Bracelet to fit wrists up to 245mm large, same as the L/XL Sport Band. 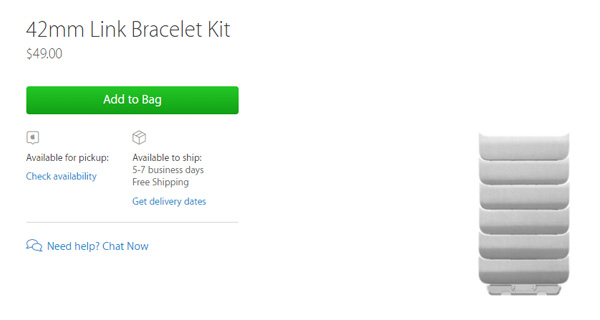 The ease with which links can be added to Apple’s modular Link Bracelet makes the sale of this kit possible, which in turn will make the bracelet something that more people can take advantage of. The Link Bracelet Kit costs $49.