Nico Gerard Combines Apple Watch With Swiss Timepiece, Can Be Yours For $9300 [Video]

If you’re struggling between the elegance of a beautifully made swiss timepiece and the intelligent functionality of an Apple Watch, then prepare for a reprieve from that internal fight. A new luxury watch by the world-famous Nico Gerard, manages to combine a family tradition of Swiss-made innovation and uncompromised luxury with Apple’s modern take on the timepiece by infusing the two together into one beautiful, albeit extremely expensive, wrist-worn product.

Nico Gerard announced back in November last year that it would be introducing a range of accessories to offer watch aficionados with the ability to wear Apple’s smartwatch and a traditional timepiece at the same time, on the same wrist. The innovative bands were essentially designed to hold both watches in place, allowing the wearer to have the luxury of a Nico Gerard watch on one side of the wrist, and the intelligence of the Apple Watch on the other side. 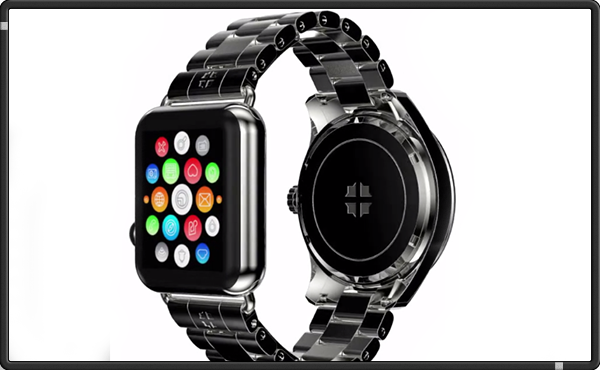 Like most of Nico Gerard’s products and offerings, this latest creation is clearly aimed at the more discerning individual who thinks nothing of parting with large sums of cash in the pursuit of individuality and finesse. Starting prices for the product will sit at $9300. That will get you either a stainless steel Nico Gerard PINNACLE or a Skyview PINNACLE model. If $9300 is merely chump change to you and you happen to own the rights to a profitable mineral mine then an upfront payment of $112,000 will make you the proud owner of an 18-karat gold Sunrise PINNACLE model. 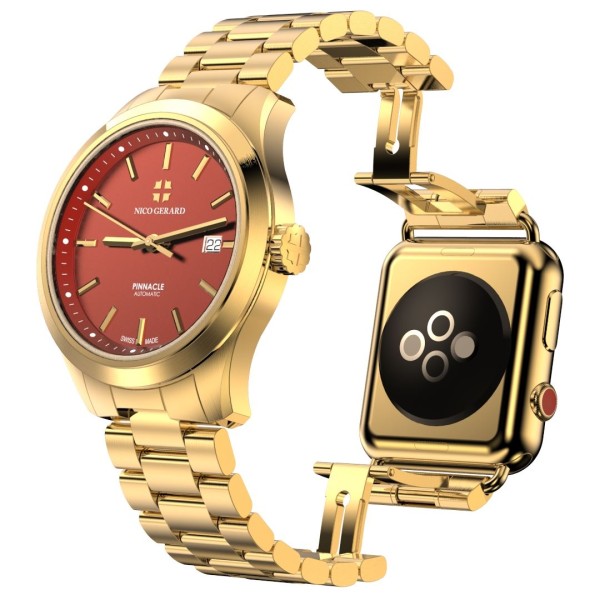 You will be glad to know that all marketed prices do actually include an Apple Watch as part of the purchase. It also includes a Swiss-certified certificate of authenticity and a guarantee that you can take the device into water depths of up to 100-meters. The immediate reaction to the visuals of Nico Gerard Apple Watch hybrid is that it looks entirely too bulky to be wearing on your wrist for the entire day. With that said, whenever a company goes down the route of producing a product that is designed to appeal to individuals who love nothing more than making lavish gestures in the name of fashion, there are always some takers.

Check it out for yourself in this video and tell us what you think.