The Apple TV 4K was unveiled as part of the media event in which we were also introduced to the new iPhone lineup for 2017, so it is perhaps too easy to forget that the set-top box was even announced.

That would be a mistake though, because while the software is largely the same as the previous iteration, the addition of support for 4K, Dolby Vision HDR and HDR10 is something that should not be overlooked. Unfortunately there are also a couple of major drawbacks that should not be overlooked, either. One of those means fans of Dolby Atmos audio will be disappointed and the other means fans of YouTube will be, too.

Starting out with Dolby Atmos, support for it is simply not mentioned anywhere on Apple’s page for Apple TV 4K. Apple now has sent out a message to a number of media outlets saying that support for the newer object-based surround sound is on the way via tvOS software update, but unfortunately that is all it is saying. If you are buying an Apple TV 4K right now to hook it up immediately to your high-end cinema gear, you are going to be disappointed as you can’t do it right away until that software update is released.

The same goes for those who watch a lot of YouTube content, which amounts to most of us we expect. While you might have expected your brand new 4K streaming device to also support YouTube in 4K, you would unfortunately be mistaken. That’s because Google uses the VP9 format for its 4K streams, something that Apple does not support. The same goes for iOS and macOS’s Safari, too, so this is an Apple-wide problem that is unlikely to be addressed any time soon considering Apple and Google seem incapable of getting along these days. 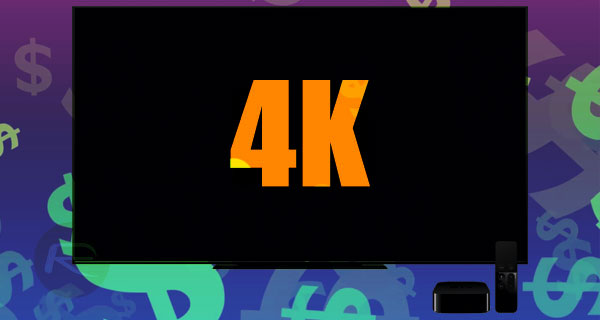 Of course, beyond this, the Apple TV 4K compared to competition does have its plus points. 4K/HDR10/Dolby Vision HDR movies from iTunes at the same price as the 1080p HD content already available is impressive, as is the fact that anyone who owns existing 1080p content with a 4K version available will automatically gain access to the higher resolution version for no cost at all. This is something which is unmatched and unheard of in the industry. Having said that, the lack of Dolby Atmos and YouTube 4K support for the time being is disappointing, to say the least.