It’s the story that just won’t go away, but it seems once again we’re being forced to speculate over the possibility of Apple working on, and possibly even getting ready to release a television. 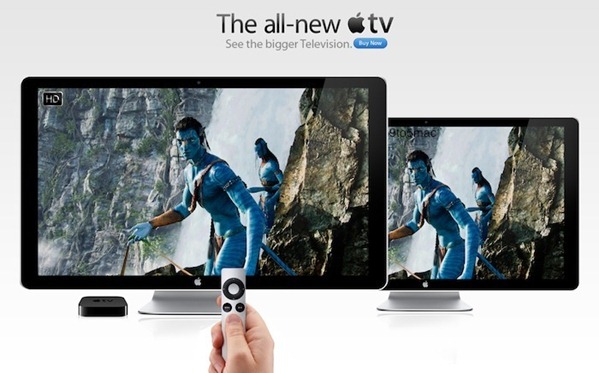 Citing a ‘former Apple executive’, DailyTech is reporting that the company is set to enter the TV business ‘later this year’ with an all-in-one solution that would marry a large flat panel display with innards similar to that of an Apple TV.

The former Apple executive, speaking with us on condition of anonymity, told us that that the company’s biggest upcoming product launch will be one that hasn’t been made official yet — Apple has plans to enter the TV business.

The suggestion is that Apple would use a partner to actually manufacturer the screens themselves, with Samsung the current favorites due to their existing relationship when it comes to parts.

A Fall launch is claimed by the former exec, which coincidentally is when we are expecting to get our hands on a final, public release of iOS 5. Could both be related in some way?

According to the source, "You’ll go into an Apple retail store and be able to walk out with a TV. It’s perfect."

This isn’t the first time rumors of an Apple branded television set have done the rounds. Over the last couple of years many have claimed a TV is in the works deep inside Apple’s Cupertino headquarters but as yet, nothing has materialized.

Apple has in the past called its Apple TV set-top-box a ‘hobby’, though the Apple TV 2 has gone some way to changing that – especially thanks to its AirPlay functionality when coupled with an iPad or iPhone.

We’re really not sure about this one here at Redmond Pie. An Apple TV (a real one, not the box!) has been rumored for so long now that we find it difficult to believe. After all, what would Apple gain from having their current Apple TV hardware integrated into a screen over the situation we live with now? What has Apple’s external box been preventing the company from doing so far?

Of course, if Apple does announce a TV this year, can we just forget we ever had this conversation?