Apple To “Blow Our Minds” With Amazing Products This Year

Apple’s new CEO Tim Cook held his first shareholder meeting yesterday, and it seems the guy is pretty bullish on what his company is going to offer to us gadget junkies over the coming months.

During the meeting, Cook teased that Apple is working on some mind-blowing products for 2012, with the money quote coming early on in proceedings.

“You can be assured we are working as hard as ever this year to deliver an incredible year and some products that will blow your mind.”

Well darn Mr. Cook, what could you mean by that? 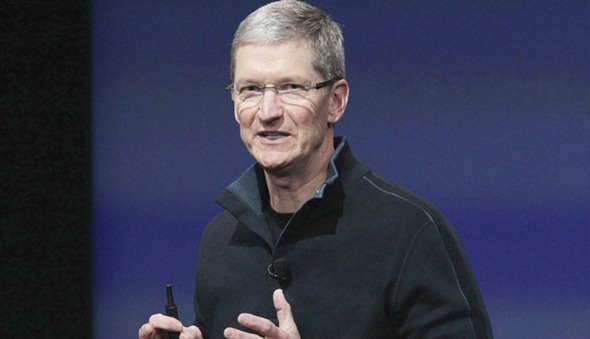 We’re going to go ahead and suggest that an Apple leaf blower isn’t really what the man meant, though we aren’t going to say that wouldn’t be the best darned leaf blower we’ve ever seen.

Cook also made mention of the affect that Steve Jobs’ death has had on the company he left behind, saying that there is not a day goes by that those who knew him do not miss him. At most companies we would take that as a new CEO saying what he thinks everyone wants to hear, but this time we do actually believe it.

As is always the case the hour-long meeting was not streamed live on the web, nor were those present allowed to transcribe the event. We do however know that Apple’s huge $100 billion war chest was mentioned, and that the company us currently discussing what to do with it. The idea that shareholders may see some of that cash appears to be off the table, however. It is the comment about blowing people’s minds that has understandably caused the biggest buzz, though, with everyone scrambling to try and work out what Apple could possibly have up its collective sleeve. We obviously expect new iPads and iPhones, but those probably won’t blow our minds in the way Cook proclaims. Could Apple be getting ready to revolutionize a new market in the way it did the music and smartphone industries? Talk of an Apple television just will not go away, and 2012 is rumored to be the year that such a device comes to fruition.

If an Apple television is not on the horizon, we can’t wait to see what Cook is talking about. Perhaps that new campus really is going to fly us all to Mars and this is the year we find out?