Apple and Samsung are currently contesting a patent battle in a California court, with the Cupertino company convinced that its Korean counterpart has lifted certain copyrighted iOS features. Given that Samsung already lost in court versus Apple and was forced to pay over a billion dollars in compensation in a previous judgment – a decision that was later reduced on appeal – it’s fair to say that the Galaxy maker has developed a bit of a reputation, and in its latest ad campaign, Apple seems to be reveling in it.

Pushing its ethos for renewable, green energy, the Apple advertisement notes that “there are some ideas we [Apple] want every company to copy” – a very blatant dig at Samsung. The ad itself shows a field full of solar panels, as well as a lengthy explanation of how the entire tech world needs to muck in to ensure the longevity of the planet. 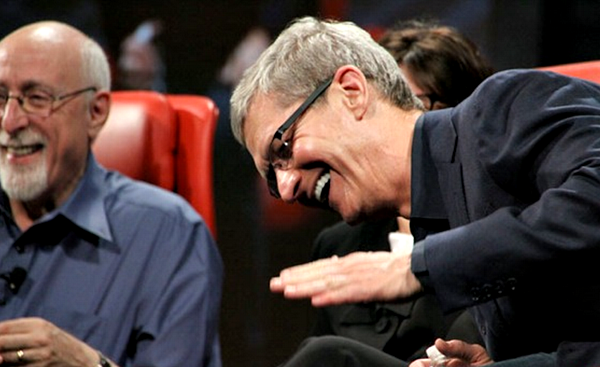 Continuing its not-very-subtle digs at Samsung – its main adversary in the mobile market – Apple’s ad notes:

There’s one area where we actually encourage others to imitate us. . .We’d be more than happy to see every data center fuelled by 100 per cent renewable energy sources. And we eagerly await the day when every product is made without the harmful toxins we have removed from ours.

Today is, after all, Earth Day, and naturally – pun intended – Apple will be one of a long list of companies looking to showcase their clean, green energy credentials to the rest of the world. 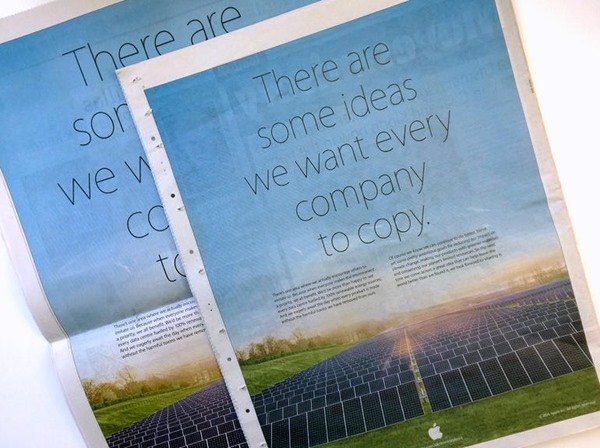 Not all will take the opportunity to also take a few jabs at a rival, mind, and while the ad, found in UK newspapers such as The Guardian and the Metro, has good intentions, the bitterness and animosity felt between two of modern technology’s greatest rivals is plain for all to see.

Even though the childlike tit-for-tat does somewhat mar the message, it is a fact that Apple’s data centers are powered entirely by renewable energy, and while it may not process any where near as much traffic and information as, say, Google – a company that props up half the Internet by itself – Apple is certainly setting a good example to its peers.