After successfully getting the Galaxy Nexus banned in the USA for infringing upon a unified search patent (that is also known as Apple’s Siri patent), Apple has been sued in China for infringing upon a Siri-like voice assistant from a Chinese company. This could spell big trouble for Apple! Check out the details after the jump.

The news comes from the folks over at Made In China Gadget in the form of a detailed post in which they discuss the Xiaoi voice assistant from Zhizhen Network Technology and the lawsuit the company filed against Apple on June 26th.

Zhizhen Network Technology claims that Apple infringes upon their ZL200410053749.9 patent related to a “type of instant messaging chat bot system” which they name as the Xiaoi Bot. Xiaoi is a service that can integrate with Yahoo! Messenger, Live Messenger and even comes on some smartphones*.

If you have a look at the Xiaoi Bot user interface, you might mistake it for copying Siri but, as it turns out, Zhizhen applied for the Xiaoi patent back in mid 2004 and gained full ownership of it in early 2006. 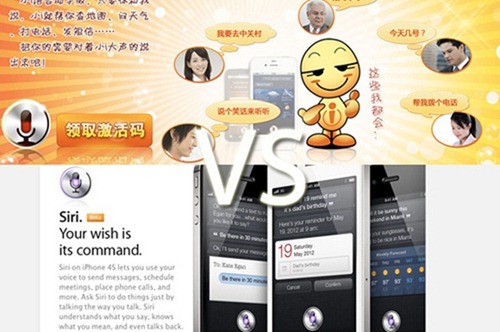 Now, the interesting thing is that Zhizhen’s lawsuit explicitly mentions that it is Siri’s description on the official iPhone 4S page that ticked them off. The description they referred to has since then been removed from Apple’s website.

Apple hasn’t responded to Zhizhen or to the concerned court, but according to MIC Gadget, pre-trial proceedings are well under way. As with the “iPAD” / Proview patent incident, Apple is expected to pay a big sum of money (beyond $60 million) to settle the case.

While Apple is suing everyone like crazy in the rest of the world, even seeing success at banning Samsung’s Galaxy Nexus and Galaxy Tab 10.1 products, they seem to be playing on their back-foot in China. First with the “iPad” trademark lawsuit, then the OS X Snow Leopard lawsuit and now this.

We will be following this lawsuit closely and will, of course, bring you news as it happens. Stay tuned to Redmond Pie for the latest updates on exciting multi-national corporate lawsuits!