As appreciators of both the iPhone and iPad, both of which include an impressive array of features and functions, we sometimes forget both evolved from the iPod, the music player Apple first introduced in the early 2000’s.

We perhaps don’t view music as the most important feature of our iPhone or iPad devices, which, in a sense, is certainly justified. That said, the majority do still listen to music on those two pivotal gizmos, and while the App Store has created a "there’s an app for that" culture, the native Music (formerly iPod, if running iOS 4) app is somewhat unchallenged by audio aficionados, despite many wannabe attempts available over at the Cupertino’s restricted-entry apps portal. 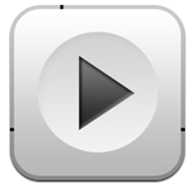 Of course, Apple’s own offering is fitted in as stock, integrates with the iTunes desktop app, and offers a generally flawless performance, thus, I hear you cry, why even bother looking for a replacement?

Well, in answer to that, the reasoning is similar to the rhetoric regarding why people jailbreak. Is the iOS experience bad to begin with? No, of course it isn’t. Just like the Music app (and most other stock features), it runs nicely, responds well, and generally, plays ball. But in the same breath, it’s certainly not the perfect OS, and the Music player likewise, hence one should always be on the lookout for a decent alternative. But I digress.

Muze is an app I stumbled across earlier today, and fills in many of the gaps you might find in the native music playing app. Firstly, it offers a nice, elegant interface similar to Zune in Windows Phone, while album art is stretched almost full screen in a manner to which the device appears immersed totally in the music. While the stock offering does allow you to view album art, it’s still somewhat swallowed up by the controls and information, and on a relatively small screen to begin with, it’s simply not enough real-estate.

You can share your "Now Playing" with the folks on Facebook, which is a nice touch. Again, not necessarily essential, but with Twitter and soon Facebook integration on iOS, it’s a little baffling such features aren’t already available natively. Meanwhile, the Zune-like interface includes touch-gestures, which is always a nice feature of a music player – adding a little extra finesse whist also aiding functionality to those unable to offer their prized gadget 100 percent attention.

As well as a wave of basic features mirroring the pre-loaded iOS app, there’s also the ability to download music straight from Dropbox, which, for me, is an absolute clincher. I do use iCloud, but I have had my Dropbox for several years, and don’t particularly feel compelled to purchase the amount of iCloud space I require. It’s a great little function, and sets it apart from other would-be challengers to the native client.

All in all, it looks great, runs smoothly, and certainly improves the music-playing experience for iOS. At 99 cents, it comes highly recommended, and even if you’re just bored of looking at the samey-samey Music app, it’s worth a punt, so give it a go!