While we all sit in anticipation, calendar watching until the reported Apple media event in early March to finally see what technical goodness the new iPad 3 will hold, we have to make do with the rumor mill offerings which as we all know could prove to be totally accurate or could be as far removed from reality as is humanely possible. When it comes to speculation and conjecture, the iPad 3 has been no different to any other Apple hardware launch, with the world wide web buzzing on a daily basis with new reports on what we can expect next month.

A large portion of the rumors relating to the iPad 3 seem to be agreed upon by most industry voyeurs, particular the suggestions that we would see a Retina display, a dramatically improved rear camera and a quad-core processor to give the tablet that extra power to blow the competition away. It seems that over the last few days industry experts have started to disagree over the processing power of Apple’s latest iPad with some sticking with the quad-core idea and others believing that the company will stick with the current A5 offering as a base but improve upon the existing chip, possibly adding an improved graphics engine. 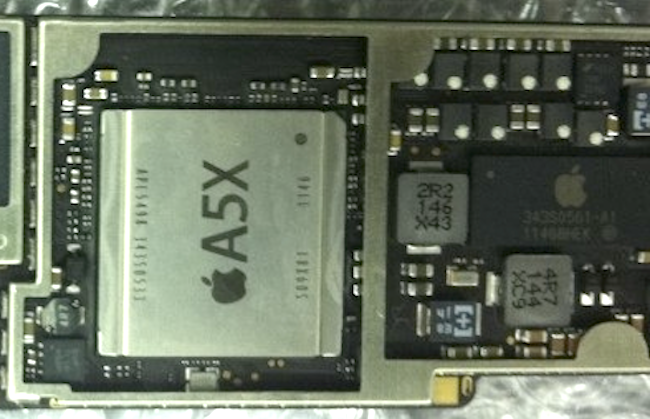 If the latest reports are true, it looks as though Apple could actually be planning a double barreled approach by not only improving the current A5 chipset, but also developing an improved, quad-core processor which is likely to take the A6 name. Our friends over at 9to5Mac are reporting that the A5X chip is a halfway upgrade between the current A5 model and the likely next model which will be the Apple A6. In summary of the photographic evidence they are making reference to the model numbers given to the processors and offer the following information:

The original iPad’s A4 chip was called S5L8930X, the iPad 2′s A5 chip was called the S5L8940X, and now this A5X chip is labeled as S5L8945X. Notice the jump of 10 in the labeling on the A4 to A5, and notice the jump of only 5 on the A5 to “A5X.” The 5 would note a half-way upgrade, something that an A5X chip with improved graphics, but still dual-core processing, would be likely referred to as. 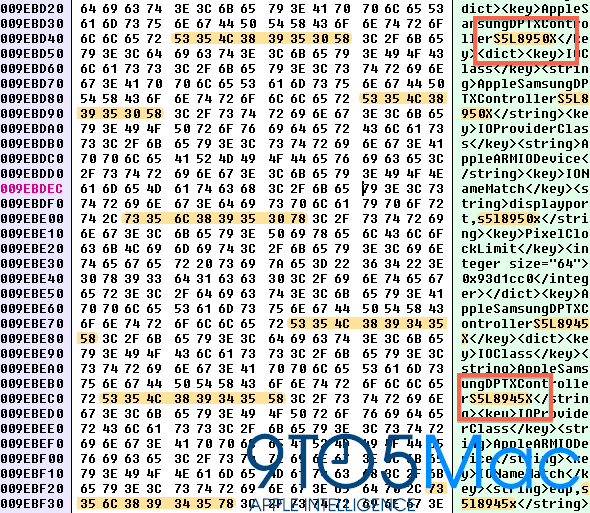 Evidence has also been found within the iOS 5.1 beta releases which points to Apple working on the S5L8950X and S5L8945X model numbers which would seem to point to two individual processors, being that the current A5 model has the S5L8940X number. In previous visitations to the internals of the iOS 5.1 betas this information has been overlooked by researchers but apparently has been there all of the time so is something Apple has been working on for quite some time.

Just the fact that two separate processors are being worked on by the engineers over at Apple will be enough to produce an endless stream of rumored possibilities, but if this is indeed the case then logic may point to the fact that the A6 chip would be used in the new iPad 3 while the A5X processor may find its home in the revamped Apple TV set top box. Once again, this is purely speculation and it may be that Apple are deciding which processor to use going forward, only time will tell.