As a company, Apple doesn’t particularly like to rely on Samsung or Google to keep its affairs ticking over. It’s been common knowledge for a while now that Apple is looking to have its own maps/navigation system – a move which would see the current Google Maps app disappear from iOS, and just today, Sina Tech has reported that Apple is looking to replace Google Search on iOS devices in China with Baidu. Although Baidu is not such a big deal in the Western World, but is the number one search-based outfit in the Chinese market – by a long shot. 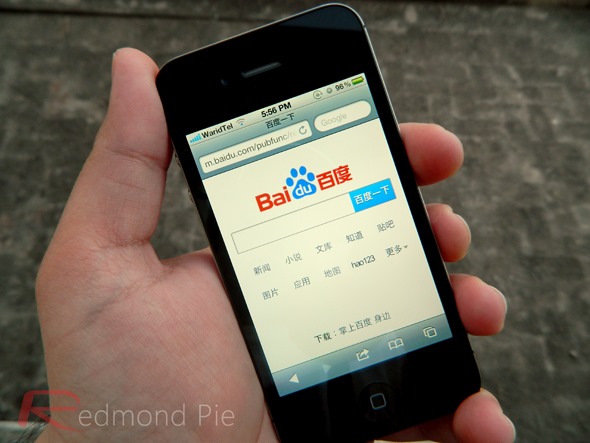 With the Cupertino company constantly embattled with Google and Samsung regarding patent issues, most ties between the two sides have been severed, while Google and Samsung’s already harmonious relationship has blossomed further through sharing a mutual nemesis.

The Sina Tech report touts Baidu to trickle out to Chinese devices by means of a software update, with the process tipped to begin sometime next month. With Baidu commanding nearly 85% of internet searches in China, it’s a logical move which brings the best and most popular to the masses; although we’re pretty sure Apple will enjoy sticking the boot in Google’s behind as it exits the revolving door of iOS.

Although Google is synonymous with a Web Search in the west, the company’s Asian endeavors could take a serious knock following these revelations. It currently lags behind Baidu in China by 60%, and if and when Baidu is integrated into iOS, it will be an almost impossible mountain to climb – especially considering China sees more devices activated than the United States.

Baidu is far from a one-trick search pony, and, similarly to Google, is making waves in the mobile industry as well. It’s Yi OS operating system – based heavily on Android – was launched last September and poses a serious threat to others on the market. Taking into account mostly Android elements, it still manages to gather some uniqueness, and apps like Google Maps, Music, Places, Search are all removed, and replaced by Baidu’s own solutions.

Is Google in danger of losing all form of relevance in China? Please feel free to share your thoughts via our Facebook or Google Plus pages – we always love to hear them!