The unofficial WikiLeaks app for iPhone and iPad which was only released last week has been removed by Apple from the iTunes App Store. 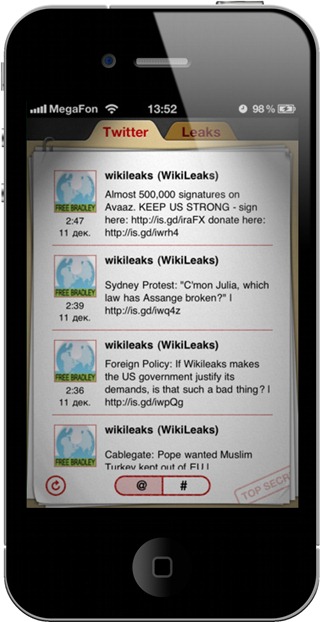 While the real reason behind the removal is still not known yet, it is believed that Apple removed it because the app was selling WikiLeaks content for $1.99 which is otherwise available on the Internet for free.

The developer behind the app, Igor Barinov has sent TechCrunch the following screenshot which confirms the removal of the app from the App Store. 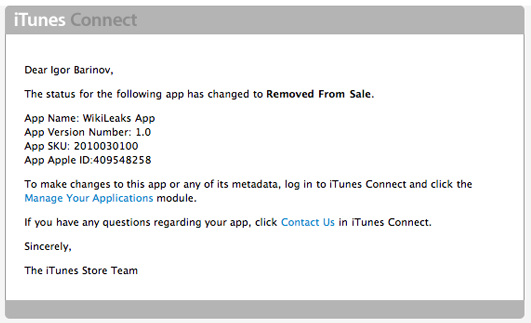 Apple today has (sort of) joined the corporates like Amazon, PayPal, Mastercard, Visa and Bank of America which in the past few weeks have found one reason or the other to break the ties with the controversial organization WikiLeaks, and its founder Julian Assange.