We are used to seeing Apple holding large press and media events, with the intention of generating the maximum interest possible for any new hardware launch. But it seems that the relatively silent launch of the new 16GB iPod touch has passed by without any fuss coming from Cupertino campus. The immediate release of a 16GB variant of the fifth-generation iPod touch may have taken a few by surprise, especially considering the timing is only a few weeks shy of Apple’s annual WWDC, but it serves as a replacement for the fourth-generation 16GB model that remained on sale when the larger 4-inch iPod touch 5G was announced last year.

As you might expect, the latest addition to the iPod touch lineup comes with a full 4-inch Retina display to compliment the existing 32 and 64GB models. Prospective purchasers of the smaller capacity fifth-generation model will benefit from the embedded dual-core A5 processor that ships with the media player as well as redesigned Apple EarPods that were heavily featured in the announcement keynote last year. 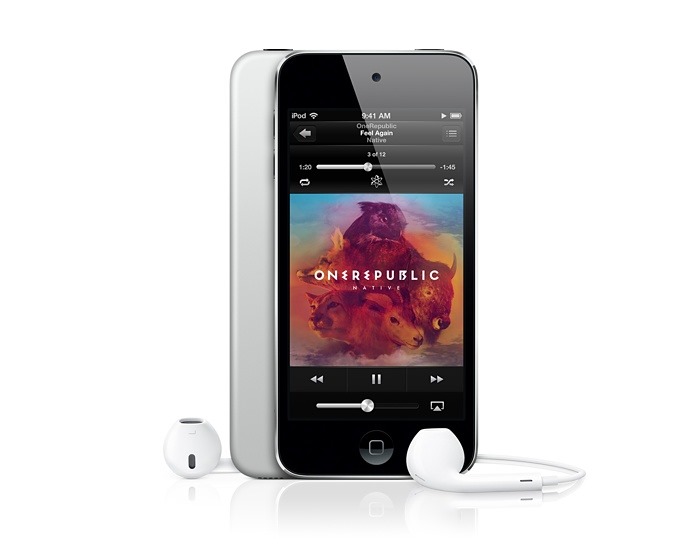 The good news is that the new device is available immediately through the online Apple Store at a cost of $229. However, those cost-savings seem to come at a price with the trade-off being that the 4-inch personal media player will only be available with black and slate aesthetics. We’ve previously been used to only getting our iOS devices in either black or white, but last year’s introduction of multiple color choices for the iPod touch certainly proved to be popular amongst younger music lovers. 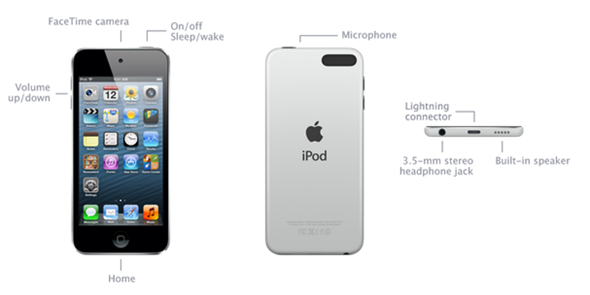 Apple has also made a number of amendments to the technical specifications of the cheaper device. The forward facing camera has made it through the design process but it seems like the rear 1080p capable camera has been removed as part of the process of keeping costs at a minimum. It seems that this latest iOS device launch is aimed at the budget end of the market and could be specifically targeted at those who want to get their hands on their first iOS device without having to part with too much cash – cue the speculation about a budget iPhone! 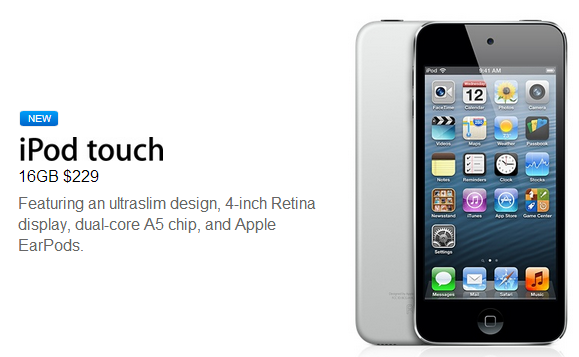 The latest model iPod touch is available to purchase now from Apple’s online store and should be hitting physical retail outlets in the coming days.