After releasing iOS 9.3 beta 6, Apple has also dropped beta 6 seeds of OS X 10.11.4 and watchOS 2.2 for both developers and public beta testers.

Both updates come about a week after Apple introduced the previous versions of the in-development software. Both also represent what could be the finishing touches on the platforms as we gear toward an official public release. 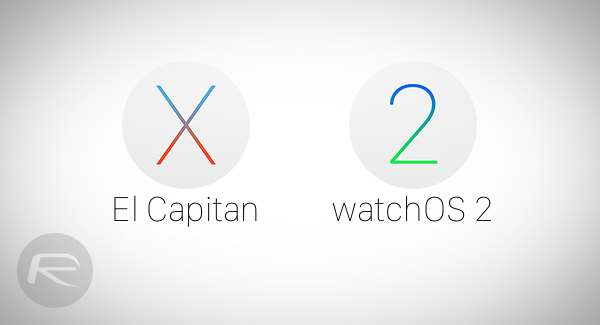 The final release of OS X 10.11.4 will bring with it support for a number of new features for Mac owners, such as native support for Live Photos within the OS X Messages app, as well as the ability to password protect created Notes within the stock Notes app that ships with OS X. That coincides nicely with an integration in iOS 9.3 that introduced Touch ID protection to Notes app. As expected, this latest OS X 10.11.4 beta 6 focuses on trying to stabilize the overall user-experience by bringing under-the-hood improvements.

There’s been no discovery as yet of any outward facing changes that will immediately benefit those interacting with the latest beta 6 compared to previous beta versions.

Those of you already running previous beta of OS X 10.11.4 can grab the new update from the Mac App Store.

Installing OS X 10.11.4 beta for the first time? Download it from developer.apple.com or beta.apple.com.

Perhaps somewhat more interesting, and only because it’s a relatively new platform, is the immediate availability of watchOS 2.2 beta 6.

Like its OS X counterpart, watchOS 2.2 beta 6 doesn’t really come with any new outward facing changes to wax lyrical about compared to previous beta 5 version. In this stage of production, most of the changes are under-the-hood improvements, and that too to fine tune and hone the features and additions that were made available with the first and second betas.

When watchOS 2.2 is used in conjunction with iOS 9.3, Apple Watch owners can pair multiple Apple Watch units with a single iPhone, as well as get a revamped look and feel to specific parts of the stock Apple Maps app for watchOS.

This latest beta 6 version of watchOS 2.2 can be obtained via OTA update method by launching the Watch app on iPhone and heading over to General > Software Update to download the update.