Apple wants you to return your Beats Pill XL speaker back to them and they are giving you $325 to do that. The Cupertino giant has just initiated a complete recall of the product after the company learnt that the speaker in question poses a fire hazard and can be a risk to its owners. Check out the details below on what’s causing this and how the returns will be handled.

The situation is quite alarming, given the safety hazard that the speaker is seemingly posing to its owners. Apple decided to recall about 222,000 units of the speakers after the company received eight reports of overheated batteries, where one caused an owner’s finger to burn while one user claimed that the heat damaged a desk. 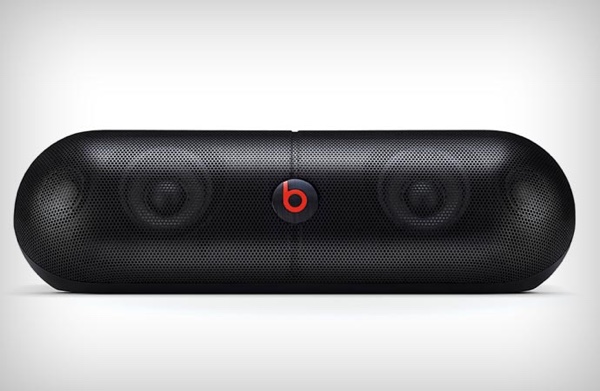 The speaker, which usually retails for $299.95, is now being shown as “out of stock” on the Beats online store, as Apple decides to refund $325 to each owner returning the device. The Pill XL was introduced back in November 2013 by Beats Electronics, and it was only later in 2014 that Apple acquired the company.

The return is obviously totally voluntary but Apple seems increasingly concerned with the risk it poses and it possibly explains why the iPhone maker is looking to refund more than the product’s actual retail price. “Because customer safety is the company’s top priority, Apple is asking customers to stop using their Beats Pill XL speakers,” says the company. 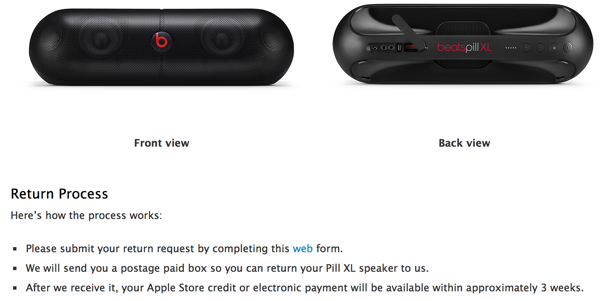 Apple has detailed how the returns will be handled, but it’s actually pretty simple. You will need to fill out an electronic form, and once it has been processed by Apple, you will receive a “postage paid box so you can return your Pill XL speaker.” Once the product is received back at the camp “your Apple Store credit or electronic payment will be available within approximately 3 weeks.”

According to the Consumer Product Safety Commission Canada, there are about 11,000 of these portable speakers that Apple is trying to recall from the country. For now, there is no word on whether Apple plans on releasing a substitute unit or whether it plans on fixing the problem and re-releasing the Pill XL speaker.

The full press release on the matter by Apple is as follows: 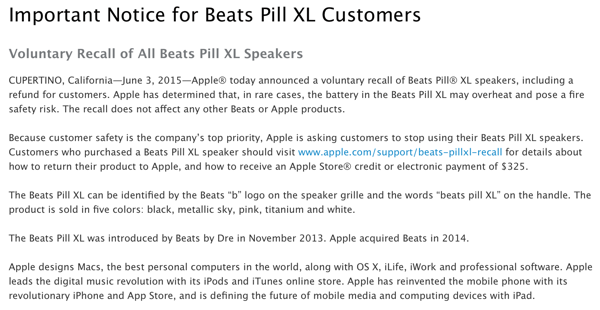