Fans of Apple Pay are already making the most of the wireless payment technology that is built into iPhones, iPads, Macs, and even the Apple Watch but unfortunately, it isn’t yet available all over the globe. That’s a shame considering some of us have been enjoying Apple Pay for years now, but there is good news for those in Saudi Arabia and the Czech Republic.

The folks in Saudi Arabia are now able to enjoy Apple Pay so long as they are using the right bank. So far, that seems to include Al-Rajhi Bank and Riyad Bank as well as MADA (The Saudi Payments Networks), although more may be doing online in due course. The Czech Republic has also seen some reports of the service going live, which is pretty awesome news.

Apple Pay allows users to attach their cards to Apple’s devices, meaning it’s easier than ever to make payments both in person using contactless machines, or online. Many apps and websites support ordering using Apple Pay, and it definitely takes the hassle out of entering not only card numbers, but delivery details, too.

We’re huge fans of Apple Pay and rarely leave home with our cards anymore, and it’s great to see more countries going online even after all these years.

If you’re new to Apple Pay, you’re in for a treat. If you’re in a country where the service is new, we’d suggest carrying your cards around in case of issues, especially if contactless payments as a whole are uncommon in your country. 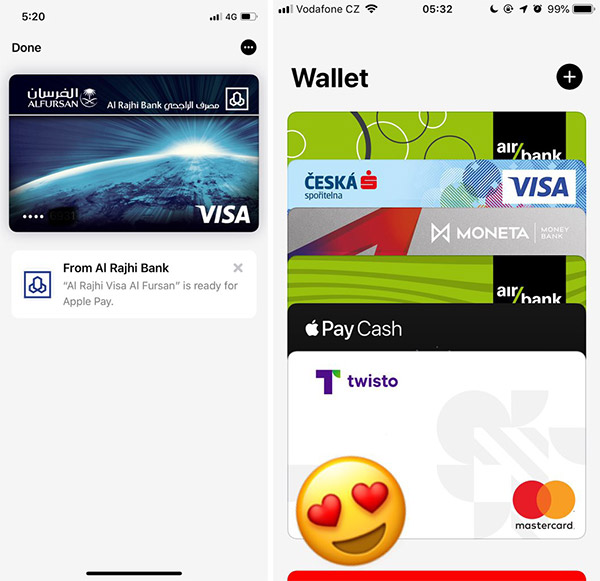