Apple Patents ‘Wireless Charging’, Can Charge A Device As Far As One Meter Away From Charging Source

Apple is looking to arrive – fashionably late as usual – to the wireless charging circles, and unsurprisingly, the company has patented a method of wireless charging which it believes works differently to / better than anybody else’s. It was only a matter of time before the patent filings began rolling through on a technology which is already out there, and as we should now be used to, Apple has "invented" its very own way of going about things.

That’s great and all, but unfortunately, Apple’s claims of a unique approach look pretty shoddy, if not completely baseless. Resident expert on Apple patents Florian Mueller hasn’t yet piped up on the matter, but as TheRegister reports, patent application 20120303980 tries to underpin its not-so-significant differences to the technology that already exists by making a point of its ability to charge over distances of up to a meter. That’s right, it’s not so much "close proximity" but "over-the-air," and it will be very interesting to see whether this particular aspect of mobile technology descends into patent farce.

The Alliance For Wireless Power notably has its own methods for distance wireless charging, and will certainly be comparing those with the designs Apple has "created." Qualcomm, along with both Apple and Samsung, are members of the Alliance, which believes distance charging to be its "unique selling point," according to the report. The ability for a gadget to charge while in a pocket is one of unprecedented value, and as such, the Consortium for Wireless Power has extended its standard to incorporate these designs.

Now, Apple’s patent was filed all the way back in November 2010, which predates the establishment of the Alliance itself. However, the original filing was a great deal later than WiPower’s application of the same concept, which occurred in 2008 (are you noticing the pattern here yet?). WiPower is now owned by Qualcomm and the patents therein are a major part of the Alliance, along with a few of Samsung’s patents. 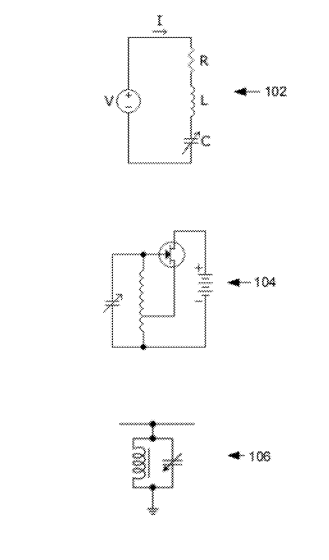 To make matters just a little more scattered, the patents of the Consortium for Wireless Power are available to the highest bidder. A firm by the name of Alticor built the technology to sell wireless water features, and the company that now owns them, eCoupled, is open to offers.

Amidst all that confusion, brace yourselves, folks, because we’re more than likely in for another turbulent patent ride.