Android users welcomed an unexpected update to the Gmail app yesterday that added a number of critical and much requested features to the software. And although, the version of said app for the iPhone, iPad and iPod touch was fairly accomplished to begin with, Google has added some great features as well as an aesthetic overhaul.

The visual change to the app was always deemed to be inevitable, thanks to the Google acquisition of the fantastic and extremely popular Sparrow email client. With the Sparrow team being drafted in to work on and improve the Gmail experience, it seems that the first step was to directly work on the individual mobile apps in order to better enhance the user experience when accessing mails. Profile images are now taken from a Google+ account and displayed alongside the mail in the inbox. Not exactly a critical update but still one that adds to the app. 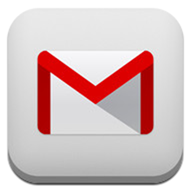 Version 2.0 also brings its own Google+ integration that allows users to comment on posts directly from the app as well as being able to give posts the +1 treatment without having to open the native Google+ app or load the social network through Mobile Safari. The combined Google and ex-Sparrow engineers have deemed it necessary to add auto complete features that will dramatically improve email composition time as well as the ability to add more than one account into the app, in short, the app now supports multiple accounts. A number of iOS users will definitely have more than one Gmail account, so it makes perfect sense to add this critical feature as part of the overhaul. 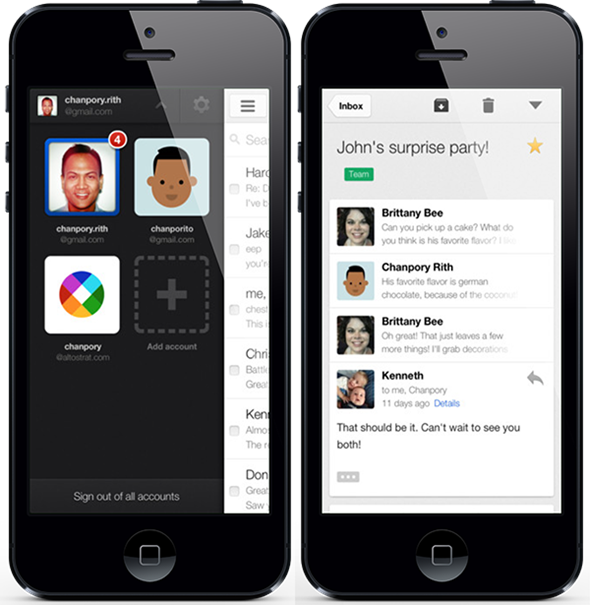 When you look past the new features and the extremely attractive user interface improvements, you are ultimately presented with the fact that the app is still basically a native wrapper for a web app. Generally this doesn’t cause an issue, but as we have seen with previous apps of this nature; the trade-off is generally through stability and speed. Google isn’t quite there yet with their iOS Gmail experience, but version 2.0 is definitely a large step in the right direction.

(Source: Gmail for iOS on the iOS App Store)