The Internet is abuzz with rumors and reports surrounding the upcoming iPhone 6 these days (both of them, apparently), and rightly so, since there’s hardly been a device in recent history that has been so extensively leaked. However, that doesn’t mean that Apple’s current reigning smartphones, namely the iPhone 5 and iPhone 5s, are to be discarded just yet. In an effort to boost sales and keep the interest piqued in their offerings, Apple has partnered (once again) with eBay for a “low-profile Factory Outlet store” that is selling Apple Certified refurbished iPhones at a much discounted price, all complete with Apple’s one-year warranty.

The store has been labeled “Factory Outlet eBay Store” and isn’t being aggressively marketed by Apple, maybe because it’s offering just about 6 unlocked GSM iPhone 5 models between $449 to $499 – an average of $250 less than the original, new unit price. 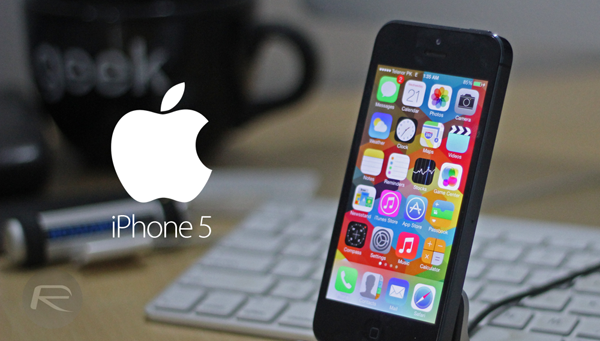 Right now, the store has the following offers available.

The interesting part is that the eBay Factory Outlet doesn’t directly say that it’s being run by Apple. However, since the fruit company has undertaken such a venture once in the past as well, there are certain similarities between that one and this store to indicate that the Cupertino tech giant is officially involved. The iPhone 5’s being offered are all “Apple Certified”, they are being sold only through the eBay store, they’re coming with full one-year warranty, and inspected for quality by Apple. Hence, in short, speaking official dealership. 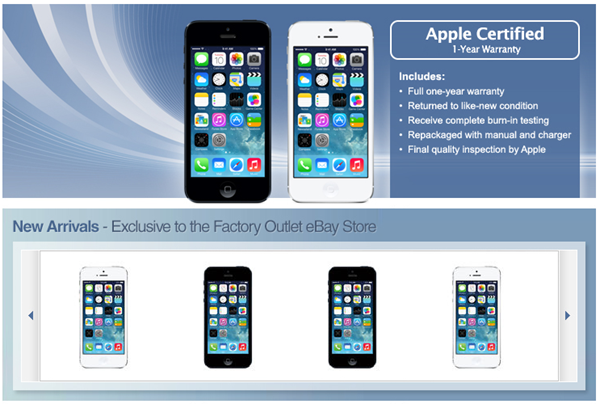 It’s interesting to see Apple taking this approach to market and sell its refurbished old devices, particularly as we approach September 15 which is now widely believed to be the day when the world will get to see iPhone 6 (or Air, for that matter). The last time Apple did this, they ran a pilot program for 3 months that they didn’t decide to renew. Maybe this time around, we’ll see a different trend taking place.

Interested in grabbing yourself a new iPhone? Simply go to this link: stores.ebay.com/factorycertified/