The Galaxy S4 has scarcely managed two days in the limelight, and already Apple has chimed in with the customary new web page offering a bunch of subtly-conveyed reasons why Android sucks, and why the iPhone 5 is much better and you should buy it. As childish an assessment as that may sound, we’re used to seeing just how the biggest battle in tech frequently devolves into playground-like tit-for-tat, and with Apple and the iPhone 5 feeling decidedly left-out over the past 48 hours, it was never going to be long before the Android community was treated to some kind of backlash.

As something of a follow-up to Phil Schiller’s continual badmouthing of Android on Twitter (I mean, really, children?), Apple’s new "Why iPhone" landing page goes Magna Carta-like in its extended list of reasons why the iPhone should be the only choice for the prospective iPhone buyer to consider. 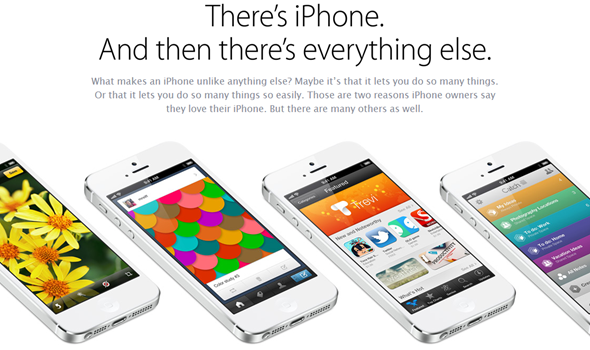 There’s no doubt the Galaxy S4 has prompted this sudden gesture, and with the tech world in no doubt whatsoever as to just how powerful Samsung’s latest release is, Apple has gone with the theme of efficiency across the board.

The Cupertino company is basically saying that the iPhone range performs tasks, and performs them well, without any need for the perceived excess offered by rivaling vendors. 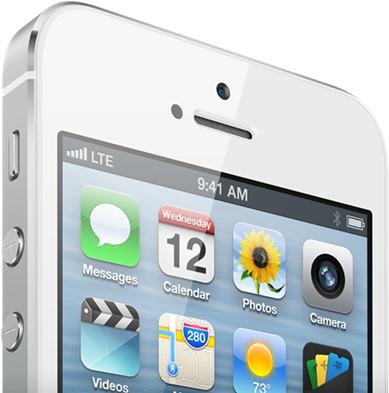 Beginning with the trump card that is customer satisfaction before elaborating with claims of the "world’s most popular camera", Apple hit Android where it hurt by having a snide pop at the Google Play Store. "The iTunes Store is the world’s largest and trusted entertainment store," says Apple, before coming through with this gem:

other mobile platforms have a myriad of fragmented store options, resulting in availability issues, developer frustration, and security risks.

Phil Schiller has been lapping it up recently, twisting the knife in Android’s well-documented malware and security issues, and this, while not as obvious, is still a pretty staunch show of disapproval of its main competitors in Samsung and Google. 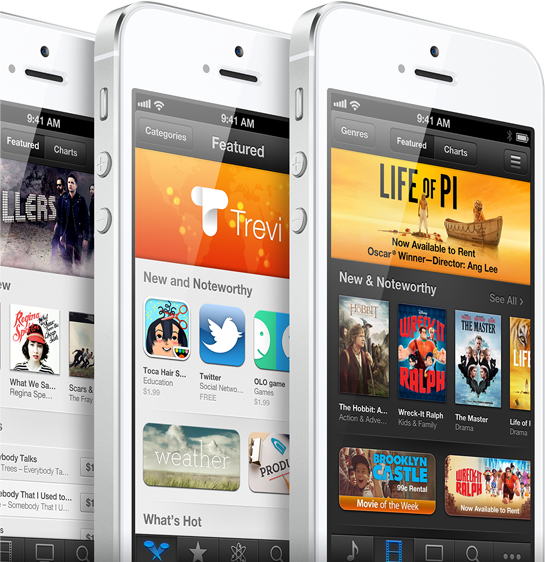 What do you make of it all? Is Apple really calling the kettle black somewhat by lauding Siri or labeling iOS 6 "the world’s most advanced mobile operating system"?

You can check out the new web page first-hand by pointing your browser to: Apple.com/iPhone/Why-iPhone

Please do share your thoughts via the usual channels below!