Apple Launches ‘Made For Apple Watch’ Bands Program For Third-Parties

Apple has today announced its ‘Made for Apple Watch’ program, giving third-parties the thumbs up to make and sell bands for the new wearable.

With the Apple Watch still in short supply and additional watch bands barely starting to ship, many have pointed to the lack of availability of some of the bands as a reason for watches being slow to arrive on people’s doorsteps. Certainly, some combinations of watch and band are proving less likely to ship than others. 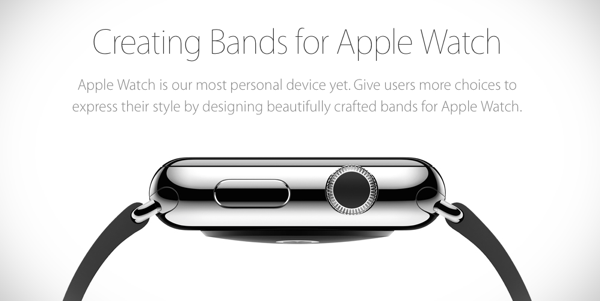 Apple has made a big deal out of the fact that Apple Watch bands can be swapped in and out at will, but with Apple’s own first-party bands being a little on the pricey side we had all hoped that third-party ones would be on the horizon, and hopefully with Apple’s blessing too. Today that blessing arrived, with Apple opening the door for third-parties to start producing and selling bands specifically made for Apple Watch.

As part of the new ‘Made for Apple Watch’ program, Apple has published specifications and guidelines that companies will need to adhere to when creating bands if they want Apple’s seal of approval much like the ‘Made for iPod’ program of yesteryear. Apple will also be making lugs available as part of the program, making it easy for companies to attach their own bands to Apple Watch’s band installation system. Expect to see metal fixings which connect to the Apple Watch itself allowing leather bands to be attached to it, for example. 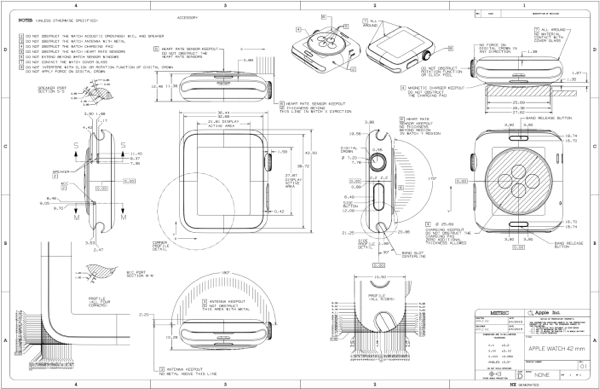 There is no word yet on when bands will start to trickle out from either Apple or its partners, and there is equally little being said about that connectivity port that is hidden beneath a flap on each Apple Watch, too. Those hoping for weird and wonderful bands connecting to that port may have to wait a little longer.